Livhu may be a hustlepreneur, but she is on a mission

Livhuwani Mulaudzi’s journey as a businesswoman only shows that hard work pays off – and this journey, filled with determination and passion, is exemplary of how youths should take the bull by its horns when it comes to paving the path towards one’s future.

The 31-year-old Livhuwani, a resident of Shayandima, had engaged herself in debates and dramas at a younger age. She represented the various schools she attended in different academic and sporting Olympiads – and all these activities boosted her morale and confidence as a social being.

“I landed many slots on Phalaphala FM when I was just a child myself in 2002, where I presented various radio programmes and did star in many most memorable dramas,” she said. “I presented Denzhe, a popular kiddie show, on Phalaphala FM. I played the role of the main storyteller 'Makhadzi Nandi' on the SABC Phalaphala FM and SABC education programme Fundani Nathi.”

Upon matriculating in 2006, she went on to study a BCom in Accounting at the University of Johannesburg. She had to repeat one semester course, on which she is now an expert, about three times, until she passed it on the fourth attempt.

“That was the most trying time of my educational journey,” she said. “Sometimes I felt stressed out to the core of my heart, but giving up was not an option. I should have completed my undergraduate degree by the year 2009, but I ended up graduating in the year 2014.”

However, before she could complete her degree, as she also wanted to augment the tuition fees that her parents provided, she managed to dabble in many jobs for subsistence purposes: she worked as waitress, trainee accountant, business advisor, peer mentor and public speaker.

“I had just had a child, and I found myself working in various sectors, sometimes volunteering and accepting a salary as low as R1 500 at some stage,” she said. “This was perseverance in its best form.”

So far, she has actualized herself and has held senior positions in different major companies, as an accountant, commercial manager, and project coordinator in various provinces.

She also started a developmental magazine, called Da Opener Magazine, that was hosted by Muofhe Guesthouse, and she still aspires to explore the magazine further in the future. She owns Dzashu Holdings, which focuses on business and tax advice, feasibility studies, construction, and an online radio, among others.

“My guiding light throughout my journey so far has been God and still remains God. He is in the centre of everything I do,” she said. “I delight in giving and sharing the little I have with fellow human beings – that, and developing others, has fulfilled me so far. I’ll continue to contribute to the welfare and well-being of others as it adds joy and contentment to my soul.” 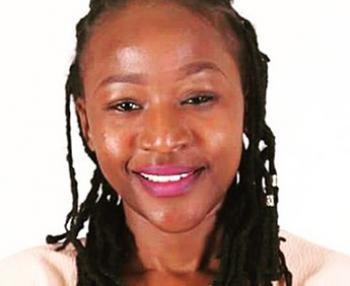