The splinter group of the United African Apostolic Church (UAAC), under the guidance of archbishop David Mureri, have indicated that they will contest the ruling of Judge Legodi Phathudi. Judge Phatudi granted an interdict against the group last week, declaring that the structures set up, such as the Mureri Royal Council, the UAAC New Cabinet and the New National Executive Committee, were invalid.

The spokesperson of the David Mureri camp, Vhafunzi Vho-Steven Matshavha, said on Wednesday that they still believed that the UAAC belonged to the Mureri family. “They (the family members) are the ones who gave direction after the late Archbishop Elias Muriri passed on and (guided) the appointment of a new leader,” he said.

He said that they did not agree with the findings of the High Court. “Our legal team is busy studying the outcome, and they will advise the family and the church,” Matshavha added.

Matshavha further accused the group that had successfully obtained the interdict of violating the rights of the Mureri family. “When you see our church underdeveloped, it is because of this group who are fighting for the continuous looting of the church. We see this as an attempt to hijack the church from the owners,” he said.

Matshavha said that, according to their understanding, no-one was prohibited from entering the church compound for church activities. “On weekends, only members from around Ha- Mavhunga attend (the services),” he said, adding that the church members from other areas only went to Ha Mavhunga once a year, in September.

“The church is continuing with its activities under (leadership of) our archbishop David Mureri, and we thank the family for his leadership. In due time, we will advise on whether we are appealing or not,” said Matshavha.

The spokesperson for the camp under leadership of archbishop Itani Mureri, Adv Reuben Maiwashe, said that the UAAC was very happy that unity had returned, following a lengthy struggle between the two camps. “We will now live as we used to during our late father Dr Elias Miriri’s time,” he said. Maiwashe said that they were glad that the judge had found in their favour, especially with regard to the constitution of the UAAC. Judge Phathudi had ruled that the constitution submitted by the David Mureri group was not a genuine document.

“We will now move away from the interim settlement order dated 15 January, which was made an order of the court by Judge Kgomo. The purpose of the interim order was to govern the parties until the main application was finalised,” he said.

Maiwashe said that the court order granted last Thursday meant that order would return to what it had been before the death of Elias Miriri. He said the gates were open again at the church’s headquarters and the security guards placed there by the opposing group were no longer allowed. 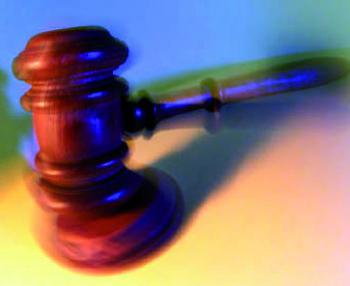