Residents of Gumbu, Sigonde and Tshenzhelani near Musina say they are living in fear of wild animals, especially elephants, that are roaming in the area, damaging fences and uprooting trees and the vegetables of the community.

The residents, who live near the Kruger National Park and Zimbabwe, say the elephants are roaming the streets at night. The community has called on the Department of Environmental Affairs (DEA) to increase their efforts to search for the elephants.

This is not the first time that a wild animal has escaped and been found in the villages. Last December, an elephant was killed by rangers at Sigonde when it troubled the community, and in April this year, lions were seen in the area.

One of the residents, Mr Mahwahsane Mudzweda, said the wild animals made residents feel uneasy and fearful about the presence of the animals. "Our lives are in danger. We do not feel safe at all," said Mudzweda. “A night ago, we had to run for our lives after we saw elephants here on our street.”

The chief of Sigonde, Vho-Elina Ndou, is calling on the DEA to ensure that the fence is reinforced. “I am very worried because that thing is very dangerous.” She added that rumours about four elephants roaming the area were going around. Ndou said that the DEA was not doing anything to make sure that the community was safe from the animals.

Mr Zaid Kalla from the DEA said that they were aware of the elephants in the area. He said that a team of rangers was tracing the elephants and that they had returned across the Zimbabwe border. He added that the rangers are staying to monitor the situation.

“We call on residents to call the community leaders, should the elephants surface again,” he said. 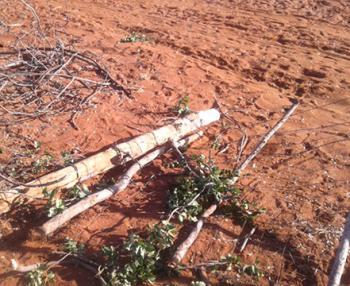