The Makhado Municipality intends to increase assessment rates on property with as much as 42,85%, effective from 1 July this year. For residential properties in town, the proposed increase is 19,05%.

This steep increase in rates seems to contradict the announcement of the mayor, Cllr Samuel Munyai, that increases would be limited to 4,6%. Even the notice of municipal manager Freddy Tshivhenga (that appears elsewhere in this edition) states that:

“The general purport of the Council Resolution is a 4.6% increase of the existing rate in the rand for respective categories of properties based on the valuations recorded in the 2018-2023 Valuation Roll…”

The biggest increase is on agricultural land. Here the rate spikes from R0,0021 in the rand to R0,003, an effective increase of 42,85%, and no rebate is applicable either.

The figures were initially thought to have been a mistake, but this appears not to be the case. The municipality’s spokesperson, Louis Bobodi, was asked to ascertain the figures and send them through, confirming that this was not a belated April fool’s joke.

In the Makhado Municipality’s budget documentation, R79,42 million had apparently been collected from property rates in the past year. The municipality increased this amount by 4,6%, and for 2020/21, the income is expected to be R83,07 million.

The only difference between the latest council resolution and that of last year appears to be the inclusion of a rate structure for property used for public-service purposes (i.e. crèches and schools), public-benefit organisations and public-service organisations. The rates for these categories vary between R0,003 and R0,004 in the rand.

No explanation was provided as to why council had opted to increase the rates on certain categories of property so drastically yet only expect an increase of 4,6% in income for assessment rates.

Questions were put to Bobodi, the council’s spokesperson, but at the time of our going to press clarity could not be obtained. One possibility is that the council resolution made use of rounded figures, which may not seem like a big deal, but make a massive difference when the assessment amounts are in the millions.

How much will the ratepayers now pay?

To judge how the latest rate increases will affect taxpayers in a town such as Louis Trichardt, an average value of R1,2 million for a residential property was used. The house is assumed to be used for residential purposes only (i.e. not a guest house or part-time office).

The past year, such a homeowner would have paid R820,75 in property tax per month. Should the new rates come into effect, the same homeowner will pay R976,03, an increase of R155,28.

Helm said the decision was especially shocking when taking into consideration the current situation in the country, where the economy is struggling to recover from the Covid-19 restrictions. The agricultural union reckons the increase also defies the Municipal Property Rates Act, which states that such rates may not jeopardize economic activities.

The union said it would write to the municipality, urging it to reconsider the latest rate increases and bring these in line with national guidelines. The agricultural union also considers engaging the Minister of Local Government to ask him to intervene.

How expensive is Makhado?

The Makhado Municipality is one of the most expensive places to stay in Limpopo, judging by the latest property rates. Comparing apples with apples is not always easy, because each municipality has its own structure for calculating rates. Some municipalities offer a rebate for owners of residential properties, whereas others do not. A lot also depends on the property valuations and whether these are realistic or inflated.

The “cheapest” municipality may be Musina, where the 2020/21 rate for residential property is R0,004791. The municipality implemented a 5,6% increase this month. The resolution does not specify whether a rebate is applicable, but properties with a market value of less than R75 000 is exempted from such tax. Even without any rebate, a R1,2 million house would incur property tax of R479,10 per month.

At the Greater Tzaneen municipality, a 4,5% increase has been implemented, taking the rate for residential properties to R0,013812. This municipality implemented a new valuation roll a year or so ago, which brought about a drastic increase in property valuations. Because of the increases, the council implemented a 30% as well as an additional 5% rebate. Even with the rebates, the property rates on a R1,2 million house amounts to R897,78 per month.

Residents of the Makhado municipal area may lodge objections against the council's resolution to increase the tariffs. These must be done in writing to the municipal manager during a 17-day objection period that starts on 24 July 2020. 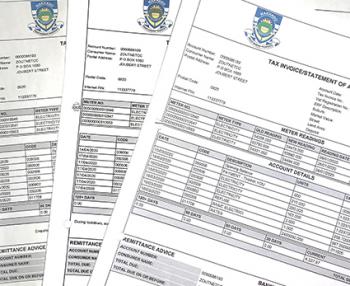