A cloud of sadness still hangs over the Makhado Municipality after the untimely death of Mr Castro Sello Mathonsi (44), a dedicated manager in the office of the mayor. He apparently took his own life at this home on Tuesday.

According to the family spokesperson, Mr Jerrey Mathonsi, Castro’s death did not only shock the ANC and municipality, but also his family, relatives and even people from outside of the province. “We have received many messages of condolences from different areas, and as a bereaved family it shows us that Castro was a people’s person and accommodating to everyone, irrespective of colour, race or religion,” he said. He described Castro as a pillar of strength within the family and the community as a whole. “He played a central role in unifying his relatives,” he said.

Makhado municipal spokesperson Mr Louis Bobodi said the municipality was saddened and heartbroken upon hearing about Mathonsi’s death. He said that Mathonsi had been a man of vision. “We will always remember him for his hard work, commitment and dedication,” he said. “Most of the development that occurred during the time of the Makhado Municipality era was his ideas. We have lost a charismatic, disciplined and enthusiastic leader,” he said.

Bobodi said that Mathonsi was a leader who understood that as a leader, one must transcend all boundaries and represent the hopes, interests and aspiration of all people, to realize a better life. “This is a very painful and unexpected incident. We are greatly saddened about the untimely death of Mathonsi. We have really lost a dedicated and disciplined official, who was always committed to his work. Our municipality has been robbed of a committed employee and we will miss him,” said Bobodi.

The spokesperson of the Vhembe ANC region, Mr Tshifhiwa Dali, said that Mathonsi served the people of the town with diligence and commitment, characteristics that defined him since he joined the ANC movement at school-going age. “Castro knew very early on in his life that the only way to defeat injustice was to fight on the side of the people. … We send our heartfelt condolences and sympathies to Mathonsi’s family, colleagues and friends,” said Dali.

Mathonsi’s funeral service will be held on Saturday, 15 August, at 196 Bengal Street, Eltivillas, in compliance with strict Covid-19 regulations. 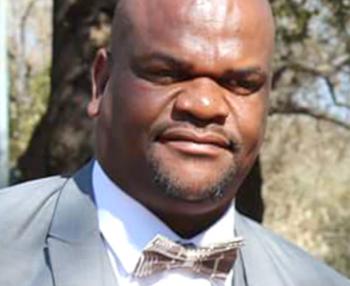