One Saturday, with Women’s Month nearing its end, yet another senseless killing of a young woman at Ha-Mutsha Khwekhwe took place. The 23-year-old Ms Grace Mudau was allegedly stabbed to death by her boyfriend.

The body of Ms Mudau was discovered on Saturday by a community member who went to look for her at her boyfriend’s house.

The family spokesperson, Mr Colbert Mudau, said that they were still in shock after the murder. “Imagine (seeing) blood oozing from the deep head wounds on a person. It was a very scary situation,” he said.

Mudau said that Grace had an 18-month old son with her boyfriend. The two had apparently had an argument, but Mudau said that this should be no reason for such a ghastly deed. “If he had to address serious problems with her, he should have just let her separate (from) him without harming her. It will be very hard to forget what he did,” he said.

Mudau said that the family would love to see the law take its course. “We want to see a severe punishment. The accused has to pay for what he has done,” he said.

The chairperson of the Munna Ndinnyi organisation, Mr Bardwell Mufunwaini, visited the family and expressed his disappointment about the manner that some people still used violence to solve their problems. “I have not seen something like this. This is bad and heart-breaking,” he said.

Mufunwaini added that several different structures and organisations were available to assist couples with problems. “All we can do now is to make an appeal to the community not to resort to violence as a way out of their problems,” he said. Mufunwaini called on all couples with problems to approach traditional leaders or other professional structures that could help them.

The spokesperson for the police, Brig Motlafela Mojapelo, confirmed the incident. “We have opened a case of murder and investigations are still continuing,” he said. He urged community members to be united and work together to fight crime. He said that the police had arrested the suspect, who is the boyfriend of the deceased, and the man was facing a charge of murder. The suspect appeared in the Vuwani Magistrate’s Court on Tuesday. 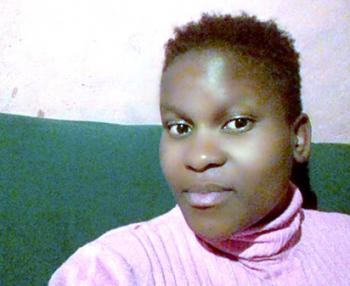