The mother of a young man whose body was found hanging from a tree in the mountains at Sambandou believes that he may have been the victim of a ritual murder. She wants the police to investigate his death fully.

The body of Phathutshedzo Netshilavulu (26) was discovered on Sunday afternoon where it was hanging from a tree in the mountainous area. He was reported missing on 21 August, after he did not return home the previous day.

His worried mother, Ms Betty Netshilavulu of Tshitavha Tsha-Sambandou near Ha-Makuya, asked relatives and members of the community to help with the search. Community members combed the banks of the Sambandou river, the mountain, and the veld, but he was nowhere to be found.

According to his mother, Phathutshedzo had been hit by a car on 5 August and had sustained injuries. The accident left him partially disabled.

Ms Netshilavulu is very suspicious about the circumstances surrounding his death. “He was discovered 10 days after he had disappeared, yet his body was not in a decomposed state,” she said. “I suspect he might have been ritually murdered and hanged (there) some four days ago,” she added.

A community leader from Tshitavha Tsha-Sambandou, Mr Edward Ndou, said that the community had gathered on Monday afternoon and resolved that a post-mortem must be conducted. He said that they had searched previously at the place where the body had been found. One possibility is that the man had been murdered and later moved to the location.

Limpopo police spokesperson Brigadier Motlafela Mojapelo said that a missing person’s case had been changed to an inquest docket after the missing young man’s body was found. The police are investigating the matter, he said. 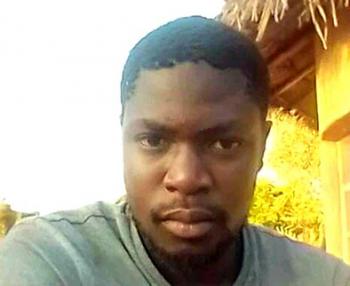