The former deputy director of the Kutama Sinthumule Correctional Centre, Clement Raphalalani (56), was found guilty of fraud and corruption by the Louis Trichardt Regional Court on Tuesday.

According to provincial Hawks spokesperson Captain Matimba Maluleke, the conviction relates to an incident in 2017 when Raphalalani, who was a procurement officer at the facility, awarded a R2,7 million tender to Pengson Manufacturing and Distribution, a company belonging to Editha Pengson (57) without following due processes. “Raphalalani connived with Pengson to inflate the prices of the items procured for the facility in return for a R369 380 payment that was transferred from Pengson Manufacturing and Distribution into Clemson Carriers, a company which belonged to Raphalalani,” said Maluleke.

Maluleke added that the Hawks’ investigations also revealed that in the very same year, Raphalalani unlawfully awarded another tender valued at R1 071 831 to Vhalenda Zwashu Trading Enterprise owned by his girlfriend, Delicia Sadiki (42). It was established that Raphalalani transferred R132 500 into Sadiki’s personal bank account.

“Furthermore, Raphalalani, together with Thabo Makamane (52) who was also a deputy director at the facility, allegedly awarded a tender worth R3 588 707 to Durafoam Distributors without following due processes in return for R569 500 from the company,” said Maluleke.

Raphalalani, Makamane, Pengson and Sadiki were arrested during a sting operation by the Hawks’ Serious Corruption Investigation in December 2018. “The Kutama Sinthumule Correctional Centre suffered a loss of over R18 million due to these corrupt activities,” said Maluleke.

Pengson Manufacturing and Distribution, also as a juristic entity, was found guilty on two counts of corruption and 25 counts of fraud. Editha Pengson will be sentenced on 15 September this year.

“Makamane pleaded not guilty and he will appear in court on 22 October for trial,’ said Maluleke. Meanwhile, concluded Maluleke, Sadiki and the directors of Vhalenda Zwashu Trading Enterprise are due to appear in court on 15 September for a plea bargain. 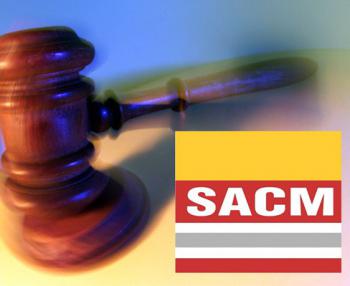