Mirror editor of past 30 years passed away

Mr Wikus Lee (64), editor of the Limpopo Mirror for the past 30 years, passed away on Wednesday night. He battled with a heart problem and was admitted to a Pretoria hospital a few weeks ago. His situation, however, deteriorated and he passed away just before 19:00.

Mr Lee has been the editor of the Mirror newspaper since it was started in September 1990. Prior to that he worked at the SABC where he managed the Louis Trichardt office.

He was a seasoned journalist and interacted closely with many of the current generation of local reporters. As editor of the Mirror he provided guidance to dozens of reporters, young and old. He was highly respected for his knowledge and work ethic.

He is also a “son of the soil”, being born in Musina in 1955 and spending his first school years at this border town. His father was Sarel Lee, who was a well-known history teacher. Wikus finished his high school career at Pietersburg High School, before going to Potchefstroom University where he completed his honours degree in Communication, with journalism as a specialist field.

He was introduced to the real-world basics of journalism in a newspaper environment, when he joined the then Noord-Transvaler as a cub reporter. After working at this Polokwane-based newspaper for a couple of years, he moved to Louis Trichardt where he started working for the SABC. He was instrumental in growing the SABC’s radio listenership, heading up the regional news office.

It is also in Louis Trichardt where he met his wife, Annemarie. The couple were blessed with three sons, Hannes, Jan-Louis and Hardus. All three boys ended up studying theology and are currently serving as ministers in Musina, Brits and Pretoria. They have three grandchildren.

Anton van Zyl, the owner/manager of the Limpopo Mirror, says it is almost impossible to think of the newspaper without Wikus being present. “For more than 30 years he has been a colleague and a friend. For him the newspaper was not simply a job, it was part of what made him what he was. His work was his passion and the Mirror newspaper was his pride. He was someone with an incredible general knowledge,” says Anton. 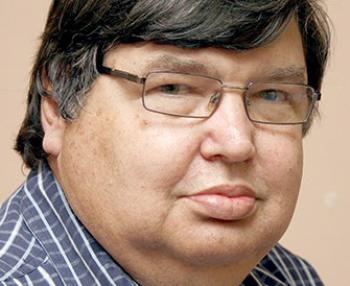