A 26-year-old man, Mr Tshililo Makondelele of Tshakhuma, was stabbed to death at a local tavern on Friday night.

Although information regarding the incident is still sketchy, a police report states that an argument ensued between Makondelele and Rofhiwa Manyaga (28), the man accused of killing him. The argument allegedly resulted in a fight, during which Makondelele was stabbed with a sharp instrument. He died at the scene of the incident.

According to the police spokesperson, Brig Motlafela Mojapelo, the suspect had allegedly stabbed Makondelele several times on the head. Mojapelo said that the incident had occurred at about 20:40.

When the police arrived at the scene, the victim was lying on the ground.  “We were alerted by members of the community, who saw the incident taking place,” he said. Mojapelo added that a case of murder had been opened. “The suspect was arrested immediately after the incident and charged with murder,” Mojapelo said.

According to the family spokesperson, Ms Ndivhudzannyi Makondelele, the untimely death of Tshililo had robbed the family of a good person. “The incident has left our family traumatised and it will take a long time and specialised counselling for us to recover fully,” she said.

“It came as a shock to us, having to lose such an intelligent person like him. We are very sad,” she said. She expressed her appreciation to all the members of the community, and especially the pastors in the area, who supported them during this period.

Manyaga was arrested in connection with the incident and appeared in the Vuwani Magistrate’s Court on Monday. The case was postponed to 1 October for a bail application. 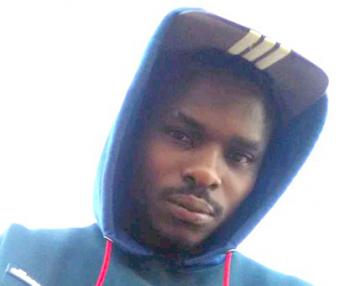