Opening of borders brings relief to Zimbabweans staying in SA

Zimbabweans living in South Africa welcomed the announcement that the country’s international borders will reopen on 1 October 2020.

South Africa closed its borders in March as a measure to curb the spread of the coronavirus. The lockdown had a dramatic effect on Zimbabwean citizens staying in South Africa who needed to send groceries and other items back home.

The Zimbabwean residents had to devise a variety of plans to try and get the goods across the border. Some opted to send their groceries via the truck drivers, trusting them to deliver the goods safely. Other opted for the informal traders (malaicha), but very often the groceries did not reach their intended destinations on time. Perishables got rotten on the way and the malaicha or truck drivers would charge between R800 and R1000 for groceries worth R1 500. This was expensive.

Another method was to create a Mukuru Grocery order through Mukuru, a financial institution that Zimbabweans use to send money home. Through this method, groceries would be received instantly, but people complained that not all items included in such a grocery pack were considered essentials. The complaints were that people had to pay for non-essential goods. Mukuru currently offers a $30 and $50USD grocery pack.

Some Zimbabweans who spoke to Limpopo Mirror said that they were caught in between these methods of sending food home. Joseph Maphosa, who stays in Louis Trichardt, used both methods at different times, but he reckons neither was ideal.

“This was really a challenge for me. I once engaged with informal transporters (malaicha) to take R1 500 worth of groceries to Gokwe. Instead of taking two days, the groceries were delivered after four days. My wife was furious at me. She thought that I was lying to her, when saying that I sent some groceries. Luckily, there were no perishables,” said Maphosa.

The malaicha charged Maphosa R1 000 but he negotiated it down to R600 for delivering the groceries to Gokwe.

On another occasion, Maphosa decided to create a $30USD (R508) Mukuru grocery pack. Even though families could receive the groceries instantly, Maphosa said, “This idea of a grocery hamper by Mukuru forces us to buy items that are readily available home. There is no need for me to buy mealie meal, since we do crop farming on a small scale and my family does not like factory-made drinks. They favour homemade drinks.”

A lady who asked that her name not be published, said she would never again send groceries via a malaicha. “The malaicha told me that they would deliver my groceries in Gweru in two days, but my family only received the food parcel on the fourth day. All perishables were in a bad state,” she said. The lady had bought groceries worth R1 500 and paid R800 for transport, but on arrival the malaicha demanded an additional payment of a $120 Zimbabwean bond.

Mercy Ndlovu, who stays in Musina, has been running a food stall next to the South African border entrance for the past 10 years. She welcomed the re-opening of the border. She comes from Gwanda, a small town some 160 km away from Beitbridge.

“It was really expensive sending groceries home. For groceries worth R1 000, I used to pay truck drivers R600. Now it is better; I can take the groceries home and come back the same day. The whole journey will not cost me R600,” said Ndlovu. 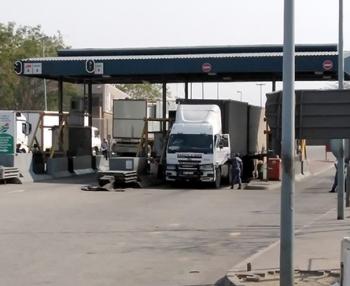