The family spokesperson, Mr Berry Ramunenyiwa, described Mphodo as “an angel” who had brought up her children with love and affection. “We wipe our tears, because we know that she served the Lord every minute of her life,” Ramunenyiwa said.

He said that the death of his beloved sister had left a big void in the family. “She was everything to us and our main source of inspiration. For me she was like a friend and not a sister, because we shared ideas,” he said.

Mphodo will be remembered as a visionary, a pioneer and a born leader who loved all people without discriminating or taking sides.

Ramunenyiwa said that the hearts of the whole community, as well as those of Leopards supporters, were heavy because Mphodo had been influential among them all. “We will always remember her for her hard work, commitment, and dedication,” he said. “Most of the development that occurred during her time was because of her ideas. We have lost a charismatic, disciplined, and enthusiastic leader,” he said.

He urged children and young people to follow the good example set by Mphodo. “She had a vision to complete the house of God. I urge all of you, especially the children, to complete the project, so that her soul may rest in peace,” he said. “It becomes very painful when we lose icons like her.”

“The PSL Executive Committee conveys its heartfelt condolences to the Thidiela family and Black Leopards FC for the loss of the matriarch of the family. We supplicate that God gives them fortitude at this moment of their extreme grief and pain,” a statement from the Premier Soccer League (PSL) reads.

The PSL has also announced that a moment of silence would be observed during this weekend’s Premiership and GladAfrica Championship fixtures.

Mphodo will be buried on Thursday (14 January) at Mbaleni at 10:00 under strict Covid-19 regulations. 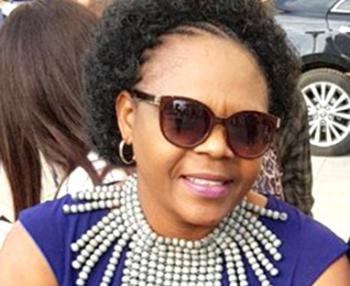