In December 2018, after Limpopo Premier Stan Mathabatha had received an explosive report commissioned by the province’s treasury department into the dealings of the local municipalities with VBS Mutual Bank, he assured residents of the province that he would do everything in his power to ensure those who had violated the country’s laws ended up in orange overalls.

“Our commitment to the people of Limpopo is that we will ensure that the recommendations from this report are implemented in full,” Mathabatha said. “In the same vein, we call on law enforcement agencies to support and supplement our efforts to ensure that justice is done without fear, favour or unreasonable delays,”

More than two years later it appears that few, if any, of the municipalities involved had done “the right thing”. In the case of Collins Chabane Municipality, the municipal manager, Tsakani Ngobeni, only vacated her post in February this year. The Council did not want to say whether she had received a golden handshake or whether she had resigned.

But the recent arrest of Ngobeni must have sent shivers down the spines of several politicians and municipal officials. Ngobeni appeared in court three weeks ago on charges related to the looting of VBS Mutual Bank. The municipalities that had illegally invested money in the mutual bank have, however, done little to nothing to act against the transgressors.

More details emerged the past few months to help complete the puzzle of how VBS was looted - and how the politicians pressurised officials to make illegal investments. Documents filed in various court cases provide interesting insights into the wheeling and dealing that preceded the bank’s liquidation. These reports also reflect an alarming lack of accountability, as very few steps have been taken against the people who either took part or stood by watching as the bank was plundered.

To better understand what was happening at the time and how the looting unfolded, looking at the manner in which two of the local municipalities, Makhado and Thulamela, handled their investments helps.

Makhado municipality had several municipal managers (MM) as well as acting managers in the period that the VBS investments were made. In April 2016, when the first R15 million was invested, Isaac Mutshinyali was the MM. At that stage, the municipality was riven with infighting, with Mildred Sinyosi being appointed as the new mayor. But Mutshinyali did not form part of the new mayor’s strategy and he was suspended and did not sign off on the 2016 investment. At the end of May 2017, the Council withdrew all charges levelled against Mutshinyali (who later denied any knowledge of investments made with VBS during his tenure) and offered him a golden handshake.

Johannes Kanwendo, the MM in place when most of the investments were made, later became the “scapegoat” for the fiasco, He was suspended in November 2018 for his role in the saga. Kanwendo told forensic investigators that he had been instructed by the mayor at the time, Sinyosi, to invest with VBS. During his period as MM, Ms P Makhubela was the CFO and, for a time, Mr R Radzilani acted as CFO.

If Kanwendo’s version of events is correct, political pressure was exerted on officials not to do due diligence and to ignore certain procedures. Kanwendo did not sign off on the investments.

Radzilani confirmed Kanwendo’s sentiments and claimed that political pressure had been applied to invest with VBS, saying he had had no choice but to sign the documents. He was also very “uncomfortable” with investing money in VBS, believing it to be a risk.

A central character in the saga appears to be the CFO, Ms Mikateko Palesa Makhubela, who signed off on all the investments. When interviewed by the investigating team, she denied that any political pressure had been exerted on officials to invest with VBS, saying it was her decision. She said she had misinterpreted the legislation and had thought that investing with a mutual bank was in order. She and Mr G Raliphada, Manager of the Budget for the municipality, admitted that, in certain cases, procedures were not followed and money was transferred to VBS without the necessary signed documents.

Makhubela’s name, however, features in several court documents, especially in the case where prominent ANC leader Danny Msiza took on the curator of VBS, advocate Terry Motau. Motau filed transcripts in court of WhatsApp messages to indicate that Msiza had played a central role in the looting of the bank. In one of these conversations, Makhubela is seemingly involved in an argument with Kabelo Matsepe, who is described as “a politically connected fixer” in Motau’s original report. Matsepe became a very well-remunerated middleman and acted as a gatekeeper between VBS and the municipalities, according to Motau.

One such WhatsApp conversation seemingly concerns a “100” (presumably R100 000) that must be divided between Makhubela, the “1st lady” and the “deputy”. “So I get 33k out of all my efforts ... pls u Giyani u must make it up to me,” was Makhubela’s response.

Makhubela resigned early in 2018 to take up a position at the Greater Tzaneen Municipality, where she is still the CFO. The last investment was made on 20 July 2017, when the money was transferred, but the paperwork was only signed weeks later, on 14 August 2017.

The mayor at the time, Mildred Sinyosi, denied that investments were ever discussed with her and said that she had made no input into investment decisions. She also denied knowing that statutory processes had not been followed and background checks on the bank had not been done.

In the report that the premier referred to, a recommendation was made that the Makhado Municipality act against Mr I Mutshinyali, Mr N Kanwendo, Ms M Makhubela, Mr N Radzilani and Ms E Lubisi (Manager: Assets Management). Sinyosi was also found to have failed to comply with legislation and she had not performed the oversight role required of her.

Sinyosi was removed as mayor and is currently serving as an ordinary councillor in the Makhado Municipality. As far as the named officials, only Ms E Lubisi still appears to be employed by the municipality.

Questions were sent to the Makhado Municipality’s spokesperson, Mr Louis Bobodi, last week, asking what steps the municipality had taken in line with the reports, taking into consideration the assurances by the premier that action would be taken.

The fact that Thulamela Municipality had also invested in VBS Mutual Bank has not been reported widely. The municipality, however, had made short-term investments with the bank way before it was “hijacked”, without experiencing any problems.

On 23 December 2016, Thulamela invested R30 million with VBS at an interest rate of 9,15%. The decision to invest with VBS was not unanimous and was met with some resistance from some officials, who were worried about the safety of the investment. What also became apparent later was that the acting CFO at the time, Ms Nembudani, was concerned about the legality of the investment and wrote to, among others, the SA Reserve Bank, asking for clarity.

Despite the CFO’s refusal to recommend the investment at VBS, the municipal manager, Mr H Maluleke, approved it and the funds were transferred. The money was invested for a period of three months, after which the funds were paid back, with interest of just over R682 000.

Several months before this investment was made, VBS started to woo the municipality. In August 2016, VBS made a presentation to Thulamela, which clearly indicates that pressure was mounting on the municipality to channel funds to the mutual bank. The mayor, Avhashoni Tshifhango, admitted that he knew the bank’s chairperson, Tshifhiwa Matodzi, as they had studied together in 1997. He described the discussions as mere “conversations between friends”.

In December 2016, the same month that Thulamela made the investment, Mayor Tshifhango obtained vehicle finance from VBS, which he used to purchase a Jeep. The vehicle was later returned, and the mayor did not appear to have any outstanding debt with the bank.

The political pressure exerted on politicians and officials to invest in VBS also surfaced in the investigation into Thulamela. VBS had apparently obtained inside information about Thulamela’s finances. Matodzi apparently knew that VBS was offering higher rates than the other banks asked to supply quotes. VBS had also sent a quote to the municipality after the closing date specified for submissions of quotes, but this quote was nevertheless accepted.

The recommendations in the final report were that the municipality act against its municipal manager and the mayor, as they had clearly transgressed the policies in place and their actions had not complied with the Municipal Investment Regulations and related National Treasury regulations. The mayor also did not perform the required oversight role.

Questions were sent to the municipality’s spokesperson, Mr Nndwamato Tshiila, asking whether Thulamela had taken the necessary action as promised by the premier. Tshiila responded quickly, saying that the municipality had not been furnished with any such report and had not been requested to take any actions. He added that, so far, no report had served before the council. 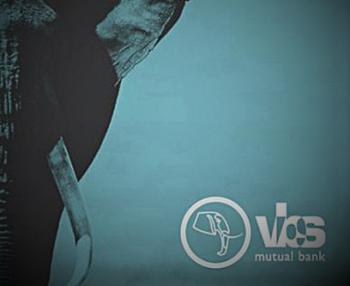