The more the Limpopo Department of Economic Development Environment and Tourism (LEDET) and the Limpopo Economic Development Agency (LEDA) try to “push through” the process to obtain final environmental approval for the controversial Musina-Makhado Special Economic Zone (MMSEZ), the more public resistance to the idea is growing as more and more evidence is emerging that the powers that be are going to develop the MMSEZ, no matter what.

LEDET and LEDA, as implementing agents for the project MMSEZ, openly displayed their dismay with the environmental assessment practitioner (EAP), Delta BEC, appointed for the completion of the final EIA for the MMSEZ by refusing them any further extension in time to do so. This refusal has sparked a public outcry, and many believe this is a clear indication that the EIA process is nothing more than a paper exercise for government to “rubberstamp” a predetermined outcome. The final EIA for the phased development of the MMSEZ was reluctantly submitted by Mr Ronaldo Retief of Delta BEC on 1 February this year, despite pointing out that the report was not nearly complete because of the limitations brought about by LEDET’s refusal to grant a further extension in time.

Most recently, speculation that the government is going to develop the MMSEZ regardless, to appease their Chinese investors in the project, was further fuelled by remarks made by the CEO of the MMSEZ operating company, Mr Lehlogonolo Masoga.

During a virtual meeting to get more clarity on the EIA process from Retief on 15 March this year, Masoga dropped a bombshell and basically exposed the whole EIA process as a joke when he asked Mr Rhulani Mthombeni of LEDET how it had come about that Ekland Safari’s had only received EIA approval from LEDET almost three years after they had completed their infrastructure. “Meaning, they have built their hotels and that big fence without an EIA approval. Is that correct?” Masoga wanted to know from Mthombeni.

“That is correct,” Mthombeni responded. He then went on to explain that Ekland’s approval had come through a process known as a “Section 24G”, which basically means that they had paid a fine afterwards to get approval. In this case, Ekland was fined about R2.5 million. Masoga responded by saying: “Meaning, if I’ve got R2.5-million, Mr Mthombeni, I can go on-site and construct the SEZ and pay your fine later?” to which Mthombeni replied, “according to the regulations, we can go as much as R10 million, but the fact that we have the section 24G process … doesn’t necessarily mean that we promote non-compliance…”

Three rounds of public meetings were held for the proposed MMSEZ, the first taking place in September last year, and in total, 2 000 interested and affected parties (I&AP) registered for the process. More than 100 objections against the proposed MMSEZ were received, including objections from SOLVE (Safe our Limpopo Valley), Christo Reeders Attorneys, Circle Law Advocate Chambers, CALS, the Centre for Environmental Rights, EarthLife, Limpopo Eco-Industrial Park and Ekland Safaris, just to name a few.

SOLVE will not allow it

Responding to Masoga’s insinuation that they could built the SEZ and merely pay a fine afterwards, Soutpansberg resident and spokesperson for SOLVE Mr Johan Fourie responded this week by stating that disagreements between Delta BEC, LEDET and LEDA regarding the project had obviously existed for some time now. “This led to the consultants’ not being able to make a final recommendation about the project in their final EIA report and LEDET greenwashing (trying to down scale) the project. Also interesting to note is that there are now also disagreements between LEDA and LEDET officials on the way forward, based on the ludicrous and illegal proposal that the payment of a R2,5 million fine would be sufficient to continue with the project. Obviously, we will fight any attempt to do this,” said Fourie.

Christo Reeders has already taken legal action in this regard. Fourie said that this legal action was but one of many court cases that would follow if the project continued in its present form. “Our advocates are also ready to fight this battle in court on behalf of SOLVE. The mere idea to compare Ekland’s case with that of the MMSEZ is absurd as there are dramatic differences between the two projects, as well as substantial differences in their environmental impact,” said Fourie.

Fourie said that they also did not agree with the government’s attempts to “greenwash” the project by downscaling it to 4 000 ha and moving some of the proposed industries to Musina. “The coal-powered power station remains the biggest part of the project and it is also the project against which we have the biggest objection,” said Fourie. He again reiterated the fact that SOLVE was not against development in the area. “We are, however, of the opinion that this project is unsustainable and not suited for this area. It will bring about large-scale destruction of the environment and will not deliver the promised jobs,” said Fourie.

At present, Fourie said, as far as they knew, the whole public-participation process had been halted. “We hope the whole process will be declared null and void to be started afresh. The final EIA report is also under suspicion,” added Fourie. He said that many of the studies in the report were extremely superficial and, if need be, they would appoint their own consultants to redo the studies. LEDET’s attempt to proceed with the project and merely pay an admission-of-guilt fine afterwards would not be tolerated and “if we have to, we will get a court interdict to stop all activities on the project,” said Fourie.

It's also a "no" from Earthlife Africa

Earthlife Africa director Ms Makoma Lekalakala also responded. “People are already aware of what LEDET is planning [regarding the paying of the fine]. That will be an environmental crime, because they know that going ahead with the project will cause environmental harm. So, if they go ahead, they will be committing a crime for which they will be held liable. It is up to us as citizens to hold them accountable,” Lekalakala told the Zoutpansberger.

Lekalakala added that they had already seen a lacklustre approach from the developers to ensure a fully inclusive and holistic assessment of impacts and public participation. “And risk management and mitigation are also paid very little meaningful attention.  We can't have the rights of communities and people compromised by narrow and opaque interests. Bypassing the Constitution and environmental laws is not an acceptable option,” said Lekalakala. 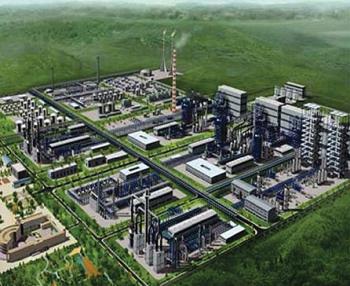 An artist's impression of the proposed SEZ.