For the past two weeks, the Rambani family from Muhuyu village outside Thohoyandou have been looking for their daughter, praying and hoping for her safe return. Unfortunately, their wishes were not granted and on Saturday, Vhuhulu Sheila Rambani’s decomposed and burnt body was found at a dumping site at Thohoyandou Unit D.

The 21-year-old woman was described as someone who loved education and her dream was to become a teacher. She was also a part-time UNISA student. She rented a room at Thohoyandou P East, where she stayed while studying.

Vhuhulu’s sister, Nolin Rambani, said that they did not stay together as she was working and staying at Thohoyandou, but they talked every day on the phone. “I was with her on the 26th, the day she went missing. I asked her about her Facebook posts where she was talking about her breaking up with her boyfriend. She told me it was not serious, and I took it as such.”  Nolin said that was the last time she saw her alive.

On Tuesday (29th) the family received a call from the driving school where she was doing driving lessons, telling them that they were trying to get hold of Vhuhulu, but her phone was off. “We tried calling her, but both her phones were off,” Nolin said.

The family members then started to contact her friends and the restaurant where she did odd jobs, but they were told she had not been seen. “That is when we decided to report her as missing to the police.” The family continued the desperate search for Vhuhulu.

She said the family received a call on Saturday from the police, telling them of a person found dead in the bushes. “We went there and what we saw was shocking and heart-breaking. Our sister was lying there dead, with her body completely burnt from the feet to the waist. We were able to recognize her by the upper body, even though her body was decomposed.” She said that the family members were still struggling to cope with what they had seen.

“Our sister was killed in the cruellest way and her body was also burnt and thrown in the rubbish like a dead dog,” she said. She added that her sister had loved people and socialized with everyone. “She did not deserve to die the way she did. All we want is to see that justice is done and those involved brought to book. They must disclose why they had to kill her like that. That will give us closure and a bit of relief,” Rambani said.

Limpopo Police spokesperson Brigadier Motlafela Mojapelo confirmed that a slightly decomposed body was discovered by community members at the dumping site at Thohoyandou Unit D. He said that police investigations were continuing. 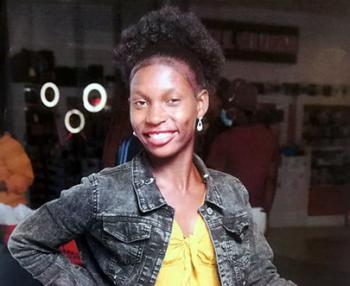