Lack of ambulance services in Musina a concern

A shortage of ambulances in Musina seems to be a matter of great concern, and residents want to know why the Limpopo Department of Health has no back-up plan in place.

The Democratic Alliance (DA) in Limpopo previously highlighted the same problem. After receiving numerous reports and complaints that the emergency medical services (EMS) in Musina currently has no functioning ambulances to serve the people in the town and surrounding villages, a letter was sent to Limpopo Health MEC Ms Phophi Ramathuba to address the matter urgently.

According to Risham Maharaj, the DA Limpopo’s spokesperson for health, this issue came to light after people who had called the emergency services were informed that no ambulances were available and were provided with contact details for a private ambulance service.

“This situation just brings into question how many people in need of emergency medical attention have been left unattended. This is even more concerning, considering that the province is in the midst of the Covid-19 third wave,” Maharaj said.

The problem caused an outcry from members of the community, following an incident where the EMS were called to take a very sick woman to hospital and the family was simply told that none of the ambulances worked.

Rakgadi Alucia Maphaha lived in Nancefield and worked as a cleaner at Musina Municipality for nearly ten years. She became very sick as a result of high blood pressure.

On Sunday, 4 July, her brother, Mr Stanley Maphaha, noticed that Rakgadi’s condition was deteriorating very quickly and called the EMS for an ambulance. He claims that the phone rang for five minutes before it was answered.

“After realising that my sister’s condition was really bad, I called for an ambulance. When they eventually answered the call, I was told that all the ambulances are broken; they have no ambulance at Musina’s ambulance station. I did not waste further time and called a private ambulance, which arrived promptly, but my sister had already died when they got there,” Stanley said.

Community members headed to Musina ambulance station on that same Sunday, and found only one working ambulance for the whole of Musina. The other three were indeed broken down.

Rakgadi was fondly known in the community as Mama Africa because she loved everyone. She is survived by her two children and two grandchildren and was buried on Thursday, 8 July.

The Limpopo Department of Health had not responded to a media enquiry at the time of our going to press. 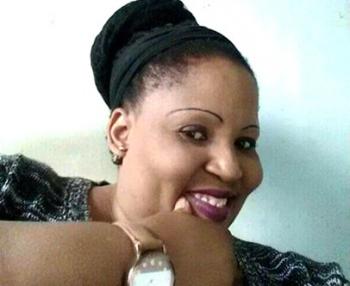