Policeman kills wife, then turns gun on himself

The relatives of a couple who died during a domestic-violence-related shooting incident at Vyeboom in Phalama Village are inconsolable with grief over the tragedy.

A 42-year-old police sergeant, stationed at Vuwani Police Station, allegedly shot and killed his 28-year-old wife before turning his gun on himself on Sunday, 22 August.

According to provincial police spokesperson Brig Motlafela Mojapelo, they received information about the shooting incident on Sunday afternoon. The report states that Sgt Walter Shumani Munyai was alone in the house when his wife, Ndivhuwo Mercy Sendedza, arrived. Shortly after she entered the house, shots were heard by neighbours. When the police arrived at the scene, the two bodies were found inside the house, lying in a pool of blood.

“The motive for this incident could be related to domestic violence and police investigations continue,” Mojapelo said.

The late Munyai’s older sister, Ms Polinah Munyai, said that the incident had left them all traumatised. According to her, the two had always been fighting. She said that her brother had visited her on Friday (20 August) and talked to her about the problems he and his wife were experiencing. She said that they had visited the couple’s house to help solve these problems, and thought that the two had forgiven each other. Then the tragedy happened. “We are so hurt about this. I cannot even express my feelings about it.”

The chairperson of the Real Men Foundation, Mr Itani Nengudza, visited the family and expressed his disappointment about the fact that some people still used violence to solve their problems. “This is heart-breaking,” he said.

Nengudza said that several different structures and organisations were available to assist couples with problems. “All we can do now is to make an appeal to the community not to resort to violence as a way out of their problems,” he said. Nengudza called on all couples with problems to approach traditional leaders or other professional structures that can help them.

The provincial commissioner of police in Limpopo, Lt Gen Thembi Hadebe, has made an urgent appeal to communities to seek professional assistance when faced with domestic or relationship challenges. “Members of the South African Police Service are expected to be on the forefront in the battle against gender-based violence, and as human beings forming part of the broader society, they have to lead by example and approach relevant internal and/or external platforms to seek assistance when faced with domestic challenges. There isn’t any justification to solve problems by violent means, as it often leads to the loss of lives,” Hadebe said. 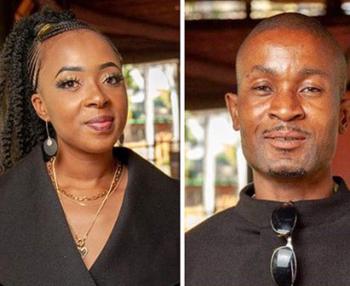