The ghost of VBS Mutual Bank continues to haunt the Venda royal family. Last month, the bank’s liquidator applied for a writ of execution in the Johannesburg High Court, trying to recoup more than R10 million that was allegedly channelled to a trust used to pay the expenses of Khosikhulu Toni Mphephu Ramabulana.

The liquidators, SNG Grant Thornton, filed court papers in which they state that the Dzata Trust had failed to repay “loans” it had received from VBS Mutual Bank between February 2016 and February 2017. The outstanding amount, according to the court documents, is at least R10 610 912,32.

The court was informed that the Dzata Trust had ignored attempts to remedy the breach through letters of demand addressed to it by Werksmans Attorneys on behalf of VBS.

SNG Grant Thornton asked the court to sequestrate the trust “for the benefit of the South Africans, being the retail depositors and other clients of VBS, which include members of the Venda community, businesses and public institutions, various local municipalities and the Public Investment Corporation,” according to the founding affidavit by the firm’s director, Anooshkumar Rooplal.

VBS Mutual Bank was declared insolvent in November 2018 and thousands of people, many of them pensioners, were left in limbo. The bank also targeted municipalities, which invested hundreds of millions in the mutual bank, contrary to what legislation allowed. When the bank collapsed, the losses to South African citizens and taxpayers were estimated to be more than R2 billion.

In October 2018, the SA Reserve Bank tasked advocate Terry Motau to investigate the happenings at the bank. In the report that was released, titled The Great Bank Heist, the veil is lifted on how officials at the bank, with the assistance of outsiders and politicians, turned the once reputable bank into a looting scheme. In this report, the name of the contender for the Venda kingship, Toni Mphephu Ramabulana, also featured as a possible beneficiary of the spoils. Motau found that he had unduly benefited from illicit transactions involving the bank.

The court papers filed last month state that money was allegedly siphoned through fictitious “credit” accounts created at VBS. In short, this implies that money was paid to accounts such as that of Dzata Trust. Such a “loan” was then offset by creating other accounts that, in turn, “paid off” the debt.

In June 2020, Ramabulana released a statement saying that he had no problem settling any legitimate VBS Mutual Bank debt he might have, but he needed to be properly informed of the details of the money he was supposed to owe. At that stage, he had reportedly benefited to the tune of R17 million from these illicit transactions.

Ramabulana previously stated that, in his capacity of king of the Vhavenda people, he received various grants, including financial support from various individuals and entities. “Any such receipts I deem them to be legitimate, untainted, and bona fide support to the responsibilities I hold in relation to Vhavenda people,” he said in an open letter. He also absolved himself from blame and stated that, should he have received payments flowing from fraudulent or criminal activities, “I would have received (such) without knowledge of the criminal wrongdoing which the report identifies”.

In Dewald van Rensburg’s book, VBS – A dream defrauded, he discusses the involvement of the Dzata Trust and Toni Mphephu Ramabulana in the VBS saga. Ramabulana was co-opted by Vele Investments (the entity effectively running the bank) and received a monthly “salary” of between R50 000 and R100 000. “He got a new house in the pricey Dainfern suburb of Johannesburg, and a company called Dzata Trust was set up to pay his expenses,” writes Van Rensburg in the book.

Questions were sent to the spokesperson of the Mphephu Ramabulana Royal Family, Mr Ntsieni Ramabulana, on Monday, asking whether they would contest the application to liquidate the trust and if they had any other comments on the matter. No reply was received at the time of our going to press. 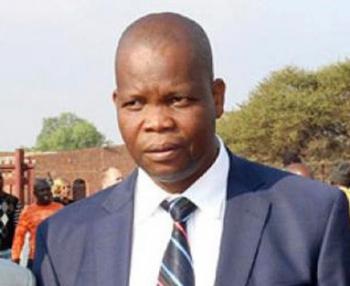