Still no trace of missing 6-year-old

No trace has been found as yet of the six-year-old Imelani Mudau of Mukula village. Imelani disappeared while following his mother to the local crèche on Saturday, 8 January, at about 07:00.

Ms Tshilidzi Madavha, the woman who took care of Imelani along with other children during the day, said that the family was also worried about Imelani because of his disability. The boy is deaf, and this may add to the difficulty of his finding his way back to his parents.

Imelani was walking with his mother, Ms Fhumulani Madavha, on the day of his disappearance. When she arrived at the crèche, the child was nowhere to be seen. The mother, along with helpers, started searching for the boy but could only find the sandals that he was wearing that morning, not far from the crèche.

Ms Madavha said that they had asked the Thohoyandou police to obtain a search warrant, so that every household in the village could be searched for the boy. The police refused, saying this would not be possible and it could only be issued if they suspected an individual person of being involved.

The family then tried to use the services of a “prophet” who claims that he can track missing people with the use of a special “mirror”. The man, however, did not want to do it, saying that he feared that the villagers would go on the rampage and set the houses of people believed to be suspects alight.

Madavha was worried that the disappearance of Imelani might not be an isolated incident and that more children might disappear from the village. 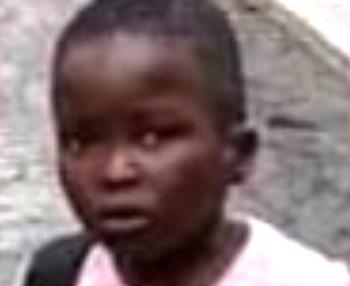