MC Mining announced last week that it was resolving the funding required to make the deferred payment for their Makhado hard-coking and thermal coal project that became due on 10 January this year.

On 14 January 2019, MC Mining announced that its subsidiary, Baobab Mining & Exploration (Pty) Ltd, had completed the acquisition of the farms Lukin and Salaita just north of the Soutpansberg, being the key surface rights for their Makhado hard-coking and thermal coal project. As announced, the balance of the purchase price of R35 million (US$2.2 million) plus interest (the deferred payment) was payable by Baobab within three years of the transfer of the properties (or on the earlier of certain events occurring).

Mc Mining says in a press release that it continues to work with Baobab and its advisers to complete the funding requirement for development of the Makhado Project and will provide further updates to the market as required. “A further announcement will be made in due course, as and when applicable. As previously announced by the Company, the Industrial Development Corporation of South Africa Limited (IDC) agreed to extend the repayment date for the R160 million (US$10.3 million) loan plus accrued interest to 31 January 2022. The IDC also agreed to extend the terminal drawdown date of the additional R245 million (US$15.7 million) IDC term loan for the development of Phase 1 of Makhado, to 31 January 2022, subject to the IDC re-affirming its financial due diligence,” says MC Mining in their press release.

Given the delay in finalising the Makhado Project funding, MC Mining also says it has requested a further extension, to 31 May 2022, for both the repayment date of the existing R160 million plus interest and the terminal drawdown date of the additional R245 million term loan. “The IDC is yet to respond, and the market will be informed when the outcome of this request is known,” said MC Mining. 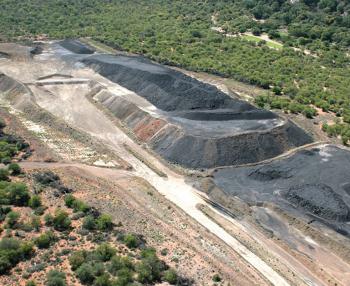