Former mayor Tshifhango gives in and steps aside

The embattled former major of Thulamela and now member of the mayoral committee (MMC) in the Vhembe District Municipality, Avhashoni Tshifhango, has finally written a letter to the Limpopo Provincial Committee of the ANC, stating that he will step aside.

Tshifhango’s announcement follows the decision by the ANC National Executive Committee (NEC) two weeks ago to amend the step-aside guidelines. Office bearers such as Tshifhango who are facing corruption and other charges must step aside while the court cases continue.

Tshifhango was arrested in connection with the VBS Mutual Bank fraud saga earlier this year. He appeared in court along with the suspended municipal manager of Thulamela Municipality, Hlengani Maluleke.

Tshifhango said he had been given until Friday, 6 May, to step aside. He did so and sent a letter to the PEC, because he is “a loyal member of the party”.

According to Tshifhango, his decision to step aside was in line with the new policy of the ANC. “I also made a follow-up as to whether the letter has reached the PEC and they confirmed that they have received it. I was appointed by the executive mayor of the Vhembe District in my position as MMC and I [would] like to know whether I also have to step aside from [this] position,” said Tshifhango.

Soviet Lekganyane, the secretary of the PEC In Limpopo, confirmed that they had received Tshifhango’s letter on Friday, 6 May. “It is up to the executive mayor in the Vhembe District to relieve Tshifhango of his duties as MMC. We also advice that, as loyal comrades of the movement, they abide with what the NEC has resolved,” said Lekganyane.

The acting executive mayor of the Vhembe District, Advocate Anderson Mudunungu, said earlier this week that he was about to go and check with the regional office whether Tshifhango had sent a letter indicating that he would be stepping aside. 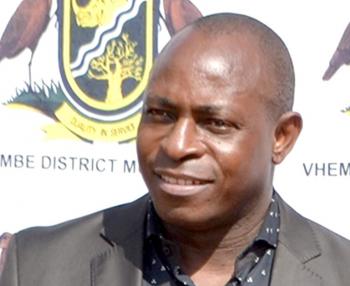