The newly elected provincial secretary of the African National Congress (ANC), Vhamusanda Vho-Reuben Madadzhe, promised better leadership and that they would keep all municipalities on their toes to improve service delivery to the rural communities.

Madadzhe made these statements on Sunday when addressing hundreds of people who had flocked to the Tshikonelo Tribal Authority to welcome him back and wish him well in his new post.

During his address, he criticised people who rushed to the public protector when service delivery was slow. According to Madadzhe, people should approach the ANC’s offices in the region to report if ward councillors and mayors are not attending to their service-delivery problems.

“When the municipalities are not delivering, quickly knock at our offices’ doors. We will make them stand on their toes, because their job is to serve the people,” he said. “We are going to improve access roads as they were damaged by heavy rainfalls four month ago. We are also going to speed up the supply of clean water and sanitation. We are fighting poverty and malnutrition and joblessness among the youth,” he said.

In support of the new ANC leader, Thovhele Vho-Gole Mphaphuli said it was like a dream come true that Madadzhe was going to occupy a big office of the ANC in the province. He said Madadzhe’s responsibility was huge because service delivery in the rural municipalities was severely lacking.

“People need service delivery and Madadzhe should be honest with the people. Corruption and selfishness can’t take the ANC anywhere,” he said. “To be honest, when elections are near, leaders of the ANC always come to convince us by saying ‘the party belongs to the traditional leaders’, but when the ANC wins the election, they forget the people. The saying that the ANC will rule until Jesus Christ comes back is just a myth. People are tired of empty promises.”

“For the ANC to succeed and to be seen as the organisation of the people, they must provide water, electricity, jobs, sanitation, housing and roads to the people in the rural areas. We trust that Madadzhe will fight for the poor,” Mphaphuli concluded. 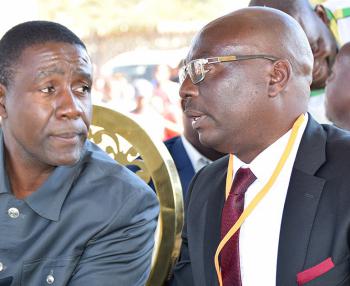