Hardly a month since the passing of the former soccer star Kanakana Alfred Mawela Nengovhela, his absence is still felt greatly as people remember the mark he left within his community.

The 64-year-old from Itsani Tshisahulu, fondly known as KK, passed away on 25 May. In commemorating Youth Month on 18 June this year, the community hosted the first annual KK Mawela soccer tournament at the Matieni Soccer Grounds, where four teams participated.

One of the organisers and a civic leader, Mr Michael Gumula, said the late Mawela Nengovhela had inspired the youth in the area through his passion for soccer. “He did a lot in taking the youth from the streets, and through his encouragement, the soccer ground is now always full when games are being played. He was a blessing to this community, and we felt that there was no better way to console his family than honouring him this Youth Month. This is just the start. We have big plans for the future, where we will invite soccer coaches and club owners from professional ranks to come and watch the boys play,” he said.

The late soccer star’s older brother, Mr George Mawela, said the family was humbled by the gesture. “We have not yet overcome our grief over his death, but this has soothed our souls and eased our pain. We did not know that this community cared this much, and we wholeheartedly thank the community and organisers for making this day possible and honouring us in this fashion,” he said.

KK loved soccer and lived his life trying to impart his skills onto the youth in his community. He played for Dzindi United Brothers FC. Dubs, as the club was known then, was one of the best soccer teams in the Thohoyandou area in the 70s.

When he retired as a soccer player, he saw that as an opportunity to plough back into his community by coaching the local Itsani FC team part time. He also contributed to the team by transporting them to away games free of charge. 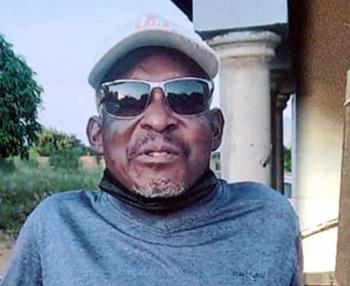