The seventh and last prisoner to be re-arrested after escaping from the Kutama Sinthumule Maximum Security Prison in October 2017 was slapped with an additional four years onto his existing sentence by the Louis Trichardt Regional Court on 27 November.

The 31-year-old Raphael Nyota, a Zimbabwean national, had previously been convicted of murder and robbery with aggravating circumstances. The robbery conviction related to a violent home invasion when he and his fellow criminals broke down security doors one after another in a home in Louis Trichardt. They relentlessly tried to get to the homeowners, breaking down barriers in their way and forcing the terrified family into a slow retreat. The victims ended up in a bathroom with a door that did not lock. At the point where they were sitting on the floor, trying to keep the door closed with their bodies, they finally saw the flashing blue light of a police vehicle outside. One of the homeowners shouted that the police had arrived, after which the invaders fled.

After being apprehended and finally incarcerated, Nyota attempted to flee and almost succeeded in escaping the serving out of the remainder of his 15-year sentence. He broke out of prison with fellow inmates Chris Faku (38), Jabulani Isaac Mahlangu (33) from Pretoria, Ntshengedzeni Manukha (27) from Thohoyandou, Ntshavheni Thomas Munyai (31) from Riverside, Justice Makamo (29) from Zimbabwe and Phathutshedzo Nemadodzi (35) from Thohoyandou. All of them have since been caught and are once again serving out their full sentences. Nyota is the final of the seven to be taken back into custody after being apprehended near the Ivory Park taxi rank in Gauteng on 7 September.

At the time of their escape from Kutama Sinthumule, the Zoutpansberger reported that the wardens had been neglecting their duties because of a pension-fund dispute with South African Custodial Management (SACM). Following a dramatic eruption of violence at the prison after a group of prisoners initially set fire to some mattresses, inmates were out of control. In the chaos that ensued, the seven prisoners escaped easily.

Assistance had to be called for to help control the situation after the fire spread, destroying large parts of the facility. Firemen from the Makhado Air Force Base, local police and members of local farm watch groups all assisted at the time to regain order and secure the prison perimeter. The reimprisonment and sentencing of Nyota brings this particular drama to an end. 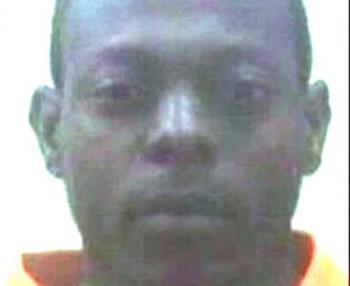