Mr Tshilidzi Richard Mudau has been missing for almost a month now.

His family at Pile Dzimauli outside Tshilamba are spending sleepless nights worrying where he might be.

Tshilidzi Mudau (51), who was described as being light in complexion, who limps and has a deformed face, was last seen by family members three weeks ago. He was last seen wearing grey trousers and a grey T-shirt.

Information is that he withdrew his grant money at Spar Tshakhuma on 2 November. He withdrew another part of his grant at Pick n Pay in Benoni.

His elder brother, Mr Phanuel Mudau, said his brother, who is mentally challenged, had disappeared in the past, but he would come back on his own. "This time around, he left home and we have been in contact with him through the phone. The last time I spoke to him was on 3 November, when he told me he was in Jozi, and we have never heard from him again. His phone has been off since then and we have no idea as to his whereabouts.”

Mudau further indicated that they hoped that he was in the Benoni area and believed somebody might know him in the area.

He added that his brother’s disappearance was affecting his ageing father, Mr Jeremiah Mudau, badly. "He is really in pain and cannot even eat.” 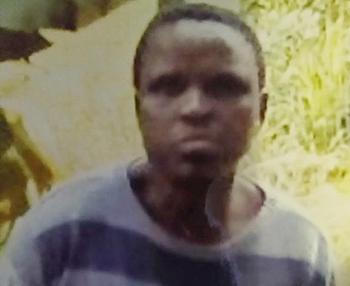