DA calls for Vhembe to be declared disaster area

According to the DA, the affected villages and areas include Masisi, Thohoyandou, Madimbo, Tshilamba, Folovhodwe and other surrounding villages. “This disaster has hampered the ability of residents to get to work and to school,” said Jacques Smalle, DA Premier candidate for Limpopo, in a press release.

Once declared a disaster, Smalle said, additional finances may be allocated to the area to provide emergency relief to the affected villages by upgrading some of the damaged infrastructure so that life can return to normal. “The DA urges Premier Mathabatha and his administration to engage all relevant stakeholders to craft an impactful strategy to bring relief to the residents of Vhembe and further dispatch a team to assess the damage,” Smalle said. 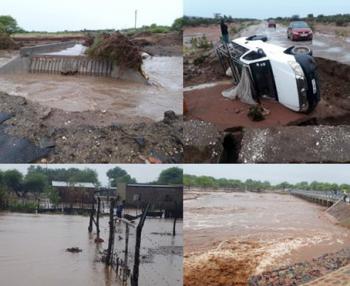 Some of the storm damage in parts of Vhembe. Photos: Democratic Alliance.