Radzilani sentenced to life in prison

The 34-year-old Takalani Godfrey Radzilani, who made news headlines and injected dread and fear into the hearts of community members in the Nzhelele Valley after being on the run from the police, was sentenced to life imprisonment.

Radzilani appeared in the Thohoyandou Local Division of the Limpopo High Court before Judge Nare Kgomo last Wednesday. He was found guilty of killing his lover, Ms Lufuno Portia Rasilavhi, on 27 April 2017 at Rabali in the Nzhelele area.

The court heard that the victim was at Radzilani’s place when he murdered her. A sharp object was used to stab the deceased and her head was also smashed in.

Portia was a resident at Dzanani Migavhini and she is survived by her daughter. 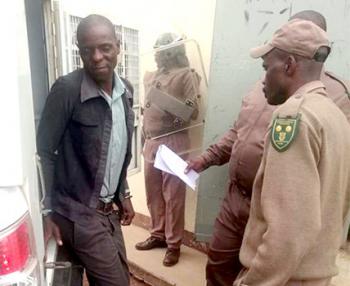