A cloud of sadness still hangs over Vari-Ha-Mutonga village after the 15-year-old Hlupheka Shishonge was stabbed to death by a 16-year-old boy last Tuesday night (24 May). Hlupheka was a Grade 8 pupil at Elim Secondary School.

According to provincial police spokesperson Brig Motlafela Mojapelo, Hlupheka was on his way home from church at around 20:30 that night when an argument ensued between him and another boy. The boy then produced a knife, stabbed Hlupheka in the chest and ran away.

“We were alerted by members of the community about the incident. When we arrived at the scene, the young boy was lying dead on the ground. We subsequently opened a case of murder and arrested a 16-year-old suspect two days after the incident,” said Mojapelo.

Hlupheka’s uncle, Mr Thomas Baloyi, said that the family was battling to cope with their loss. “This is a big shock to us. Hlupheka was still so young. He was a bright pupil who always worked hard at school. He was very focused on education and never quarrelled with anyone. He easily associated himself with other people.”

The suspect appeared briefly in the Waterval Magistrate’s Court on Monday, 30 May. The case was postponed to 13 June for further police investigations.

Hlupheka will be laid to rest at the Vari-Ha-Mutonga cemetery on Saturday, 4 June. 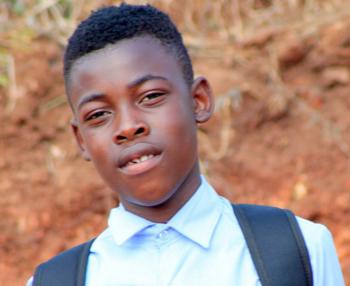