Another tricky hurdle for TRON

After donating points to The Dolphins FC when they lost 1-2 in their ABC Motsepe League match in Polokwane last Saturday, Tshakhuma RO Na Ndilani (TRON) have another mountain to climb this weekend.

TRON are currently in the second-last position on the log. A win will not only help them restore some lost pride, but it will also enhance their chances of escaping the relegation axe at the end of the season.

The defenders of TRON, Rendani Mukomafhedzi, Andani Nemalili and Tshifhiwa Baloyi, will have to put in extra effort to stop Barraccah’s strikers, Baldwin Nkoana and Calvin Seopela.

The other Vhembe-based side, Mikhado FC, will also play in front of their home supporters this weekend. They will battle it out with Giyani Hotspurs at the Rabali Stadium on Sunday. Mikhado are one of the hot contenders for the league title and are currently in the second spot on the log. Ndamuelo Mungadi, the Mikhado playmaker, is poised to cause havoc in the middle of the park if not well contained.

The Dolphins FC will host Ollesdal FC at the Eldorado Stadium in Polokwane, while the Polokwane derby between Polokwane United and Polokwane Academy will be staged at the Seshego Stadium.

An interesting fixture is available for residents of Giyani and the surrounding areas. Their local teams, Ndengeza FC and Pusela City, will lock horns at the Giyani Stadium.

The other fixtures are Magezi FC vs Ditlou FC, Madridtas FC vs Great North FC and Mighty FC vs Boyne Young Tigers. 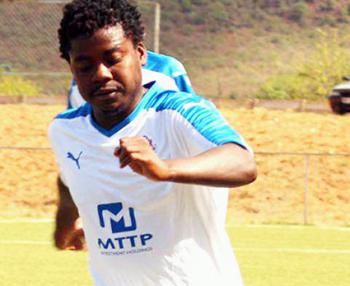