Tshakhuma Tsha Madzivhandila (TTM) are geared to cut the wings of Royal Eagles when they meet in their National First Division League match at the Thohoyandou Stadium tomorrow afternoon.

TTM, or Vhadau vha Damani as they are affectionately called, will be playing their second official match without a head coach. TTM terminated their contract with the team’s head coach, Mr Sello Chokoe, and his assistants, David Mathebula and Lucky Nelukau, three weeks ago.

The Tshakhuma-based side played their first official match against the Absa Premiership side, Polokwane City, under the guidance of the caretaker coach, Mr Phuti Mahafe, last Wednesday, January 23.

Mahafe steered TTM to an amazing 2-1 victory over City to ensure that Vhadau secure a place in the last-16 stage of the Nedbank Cup Competition. TTM must win the match in order to keep their title hopes alive. They are currently lying in the fifth position on the log with 27 points, 10 behind the pace setters, Stellenbosch FC.

Eagles are in the fourth spot, just two points ahead of TTM.

TTM will pin their hopes for goals on players such as Ononogbu Onyedikachi, Ndabayithethwa Ndlondlo, Nhlanhla Mgaga and Aluwani Nedzamba. 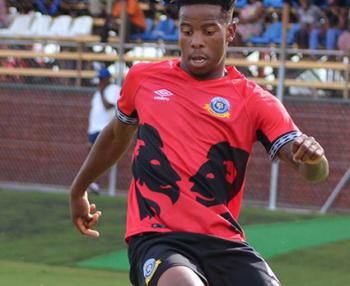