Mikhado away to collect more points

After beating Giyani Hotspurs 3-0 in their ABC Motsepe League match last Saturday, Mikhado FC will travel to Groblersdal where they will fight for more points against Diltou FC tomorrow.

Mikhado must win the match at all cost to keep their title hopes alive. They are currently in the second position on the log with 26 points accumulated from their 14 outings. The pace setters, Madridtas FC, have three league points more than Mikhado.

What remains to be seen is whether Mikhado's top striker, Vutomi Ngomana, will continue from where he left off against Giyani Hotspurs last Saturday. Ngomana scored a hat trick when Mikhado beat Giyani Hotspurs 3-0.

The other Vhembe-based side, Tshakhuma RO Na Nandilani (TRON) will also play away from home. They will undertake a journey to Polokwane where they will lock horns with Ollesdal FC at the Seshego Stadium.

TRON, who started the season badly, are now out of the relegation zone on the log. Their 1-0 victory over Barracah Valley FC last weekend pushed them from the 12th to the 10th spot on the log.

Giyani Hotspurs will host Polokwane Academy. Spurs must win the match to enhance their chances of escaping the relegation axe at the end of the season. They are currently languishing at the bottom of the log.

Pusela City will host The Dolphins, while Boyne Young Tigers will entertain Ndengeza FC. The other fixtures are: Great North FC vs Mighty FC, Polokwane United vs Barracah Valley FC and Madridtas FC vs Magezi FC. 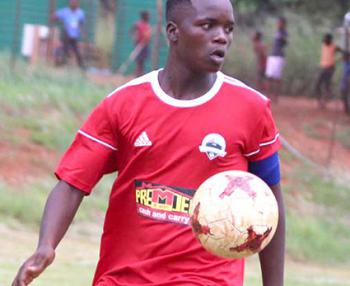