Liverpool and Madritas in MMK battle

The second-placed team in Stream B of the MMK Administrators league, Thenzheni Liverpool, aim to come back with three points after their match against the log leaders, Madridtas FC, at Tshifudi on Sunday.

The coach of Madridtas, Mr Fhumulani “Killer” Tshisikule, said that he was happy with the way the team was playing. “The boys are doing their best and have a good understanding.” Tshisikule said their aim was to use the Spurs match as a stepping stone to the national play-offs.

“Apart from the fact that there is a lot at stake in the league, it is time for us to fulfil our promises,” he added. According to him, the squad has all the ingredients to win their remaining matches.

Mr Tendani Mudau of Thenzheni Liverpool said that they did not want to miss this chance. He added that the players are well aware of the fact that it is now a matter of do or die. “I’ve told my boys that we can perform well, if we only focus and give our best.”

The current log leaders of Stream G, Maelula United Brothers, and Maluma Black Mamba will meet on Saturday. Mr Steven Mafukata of Mamba said that they were ready for whatever heat they might come across in the match. He stated that the team had been training hard.

Mashau Thondoni can expect a tough match when they play against the Stream F leaders, Wayeni Sea Robbers, while Bale United will welcome Masia Try Again, the leaders in Stream H. 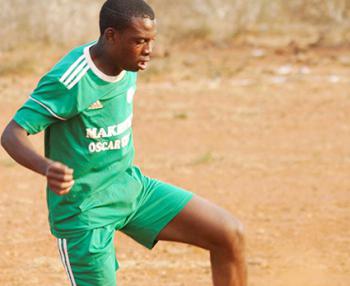