Coach calling for supporters to be patient with new striker

Black Leopards' coach, Mr Dylan Kerr, has called on the club’s supporters to be a bit patient with newly signed striker Thokozani Sekotlong as he is still trying to find his feet.

The Lidoda Duvha supporters were visibly unimpressed with the 27-year-old Sekotlong's performance during Leopards' defeat against Bidvest Wits at the Thohoyandou Stadium on Monday evening, calling for his substitution several times. Kerr was forced to replace him immediately at half time with midfielder Lefa Hlongwane.

“The fans have got every right to have opinions on players, but they are doing nobody a favour when they start to do the substitution gesture. He didn’t do anything wrong. It is his first real game with the club. He did fine last week when he played, but it just wasn’t his day. He did not put a foot wrong as far as I am concerned, so the substitution had nothing to do with the supporters. I did say to Morgan Shivambu, the team's assistant coach, that I was going to put Lefa (Hlongwane) on in the second half,”

He added that it is not fair to the players. "The fans need to give the player a break, as he is new to the club and he is still trying to fit in with how we play,” said Kerr.

Sekotlong has played three matches for Leopards, two as a substitute in the Absa Premiership and one start against Bidvest Wits on Monday night. 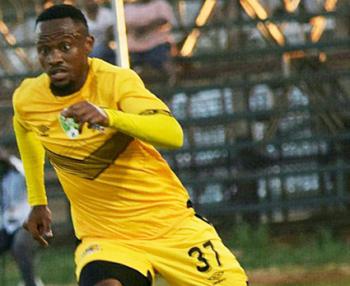