The opening matches for the Thulamela Mayoral Cup Tournament were played at various venues last Sunday.

The tournament was officially launched during a ceremony at the Thulamela Municipality council chamber on Tuesday afternoon. During the ceremony it was revealed that this year’s sponsorship amount will be increased to R71 800.

All affiliates (183 teams) of the Thulamela Local Football Association will take part in the tournament. This year’s champions will walk away with R15 000, a soccer kit, gold medals, 8 soccer balls and a floating trophy. The runners-up will receive R10 000, a soccer kit and silver medals. The third- and fourth-placed sides will receive R7 000 and R5 000 respectively, as well as a soccer kit.

The teams that will be booted out of the tournament in the quarterfinal stage will each receive a consolation prize of R1 000.

According to a statement from the municipality, the prizes are likely to increase dramatically, depending on the amount the mayor, Cllr Avhashoni Tshifhango, will be able to raise during his fundraising campaign. The statement further indicates that the mayor has committed to raising more funds towards the tournament in the coming weeks in a bid to make it a memorable event.

The final is scheduled for Saturday, 4 May. 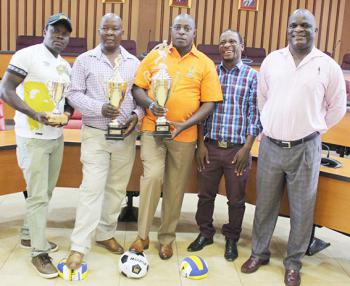