No peace for Phungo All Stars

Tshivhazwaulu Peace Makers made no peace with Phungo All Stars when they beat them 3-0 in their MMK Administrators League match at the Itsani Magalanngwe Secondary School grounds on Saturday.

Stars played the better part of the first half with 10 men. They did not have a minimum of five U/21 players in their starting line-up as required by the league’s rules and regulations.

The home side managed to maintain a clean sheet throughout the first half, despite the setback. At one stage All Stars showed more appetite for goals than the visitors from the Vuwani area. In the 24th minute Stars came close to scoring when Phathutshedzo Nengovhela went loose from the left corner and unleashed aimlessly from the edge of the box. The ball went far wide.

Ronewa Rabumbulu put the final nail in the Stars’ coffin towards the end of the game.

The victory means that Peace Makers are now close to the pace setters, Muziafera Blue Eagles. Blue Eagles, who played to a 2-2 draw with Univen FC, are two points ahead of Peace Makers. 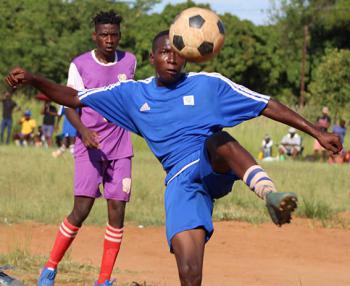