With eight matches remaining before they wrap up their league activities for the current season, chances are good that Black Leopards may finish within the top eight teams. Lidoda duvha are the only side who have played 22 matches to date while the majority have played 24. The only two teams that have played 23 matches are Mamelodi Sundowns and Orlando Pirates.

Half of the Leopards’ eight remaining matches will be played at home. The four matches that the Thohoyandou side will play in front of their home crowd will be against Mamelodi Sundowns, Kaizer Chiefs, Maritzburg United and Cape Town City. Leopards are currently lying in the 12th position with 25 points.

The fact that the team lying in the 8th spot, Bloemfontein Celtics, have deposited 31 points into their league account to date is reason enough for them to believe that they will finish their league programme within the top-eight bracket. Should they manage to win their two outstanding matches, Leopards will move to the eighth spot on the log.

The four matches that Lidoda duvha will play away from home will be against Polokwane City, Orlando Pirates, Bidvest Wits and Amazulu. Their next match will be against Orlando Pirates at the Orlando Stadium in Johannesburg next Friday, 29 March. The team’s head coach, Mr Dylan Kerr, is adamant that Leopards will be counted among the top eight teams, come the end of the season.

According to him that will only be possible if they manage to win at least four of their remaining matches and play to at least a draw in the other four. When asked about the teams that are on top of their hit list, Mr Kerr said that whoever played Black Leopards at the Thohoyandou Stadium would be lucky to go back with a point in hand.

Leopards’ final league match will be against Cape Town City at the Thohoyandou Stadium on Saturday, May 11. 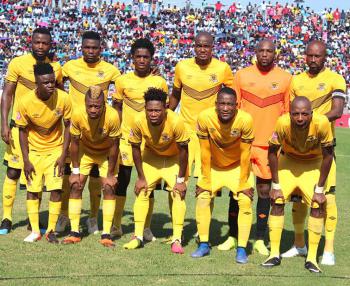