If the current National First Division League log were the final one, Tshakhuma Tsha Madzivhandila (TTM) would have secured a place in the promotional playoffs.

TTM moved from the fourth to the third position on the log, even though they failed to collect the maximum points in their match against Jomo Cosmos last Sunday. They played to a goalless draw at the Vosloorus Stadium in Johannesburg.

Fortunately for TTM, the team that was in the fourth position before last Sunday’s matches, Ajax Cape Town, lost 1-2 to Uthongathi FC at the Cape Town Stadium.

TTM are now tied with Ajax Cape Town on 48 points. TTM have a goal difference of 11 goals while Ajax have 10. TTM’s performance improved dramatically, following the appointment of Mr Momcilo Medic as the team’s head coach early this year.

The struggle for automatic promotion to the Absa Premiership Division is between two teams, Stellenbosch FC and Royal Eagles. With only one match remaining before the end of the programme for the current season, Stellenbosch are shining on top of the log with 55 points while Royal Eagles are close in the second spot with 53.

The second- and third-placed sides on the log, together with the second-last team from the Premiership Division, will take part in the promotional playoffs.

The top team in the promotional playoffs will also be promoted to the Absa Premiership Division. Witbank Spurs are gearing themselves up for a new life in the lower division as they have already been relegated. The Spurs from eMalahleni have 21 points, 10 behind the other relegation candidates, Ubuntu Cape Town. Two teams will be relegated to the lower division.

The other relegation candidates are Jomo Cosmos, Cape Umoya United and Real Kings. 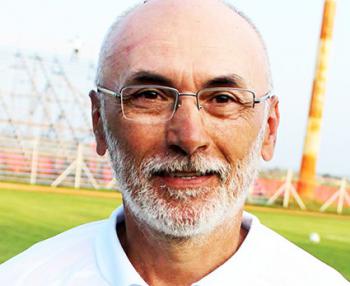