The affiliates for the Limpopo Stream of the ABC Motsepe League played their last matches for the 2018/19 soccer season over the past weekend.

Mikhado are in second position, due to a better good goal difference.

The Dolphins FC, who represented this province in the promotional playoffs last year, are in the fourth position with 57 points.

When asked about their level of readiness for the promotional playoffs, the head coach for Madridtas, Mr Joel Mongalo, said that they were leaving no stone unturned in their preparations for the annual event. He further stated that they would play several friendly games in the coming weeks as part of their preparations.

It will be not the first time for Mongalo to take a team to the promotional playoffs. Magezi FC were under his guidance when they took part in a similar event and gained promotion to the National First Division three years ago.

This year’s playoffs will be played in Cape Town in the first week of June.

While Madridtas are preparing themselves for the promotional playoffs, Giyani Hotspurs are gearing up for a new life in the lower division. They were relegated to the lower division after completing their league programme at the bottom of the log.

Polokwane City Academy or Ollesdal FC will join Giyani Hotspurs on their way to the SAB League. The two teams are still waiting for the league’s disciplinary committee to decide on their pending misconduct cases.

Tshakhuma RO Nandilani (TRON) escaped the relegation axe by a whisker. They finished their league programme in the 13th position. 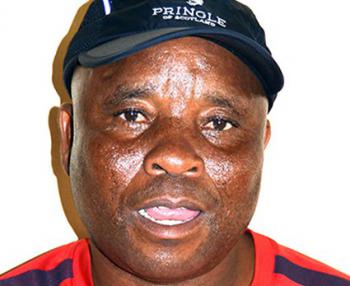