The fight for league points will continue among the teams affiliated to the Limpopo Stream of the Sasol Women’s Soccer league this weekend. All the matches will be played tomorrow afternoon.

Whether Chippas United Ladies will rise to the occasion and make Samba Girls pay for the 0-1 defeat they suffered at the hands of Sisters FC at the Nwamitwa grounds in Tzaneen last weekend remains to be seen.

Chippas will host Samba Girls at the Makhuvha Stadium. Chippas will be fighting it with the aim of keeping their title hopes alive. They were leading the pack before their loss to Sisters last weekend and are currently in the third position on the log.

On the other hand, Samba Girls must win the match to move out of the relegation zone. The Raliphaswa-based side are still to win a league match this season. Their most recent unimpressive result was a 0-3 defeat at the hands of Real Mighty Ladies last Saturday.

Shayandima Morning Stars will undertake a journey to Tshandama village, where they will battle it out with Tshandama Young Stars at the Tshandama grounds. Tshandama will have the mammoth task to stop the Stars’ forwards, Maureen Morudi and Shumani Tshikosi.

Maindis Ladies will play against Real Mighty Ladies at the Oscar Mpheta Stadium in Turfloop. The Botlokwa Ladies are waiting for Sisters FC, with whom they will lock horns at the Sefene School grounds.

The match not to be missed will be between Mandebele Happy Fighters and Moria Sweepers at the Groblersdal grounds. University of Limpopo will host Seven Stars Ladies at the Turfloop open grounds.

The match between Kanatla Ladies and Re Tla Dira Ladies will be played at the Moloto Stadium in Burgersfort. The other match will be between FC 50 Stars Ladies and Skimzozo Ladies. 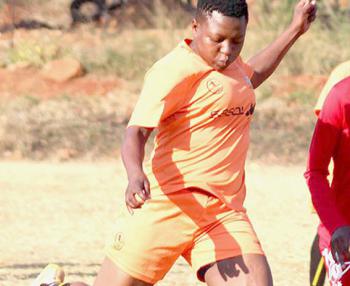