“Watch us the coming season”

After failing to get promotion to the Absa Premiership through the promotional playoffs this season, Tshakhuma Tsha Madzivhandila (TTM) are now aiming for automatic promotion next season.

TTM finished their league programme in the third position on the log with 51 points, a position that qualified them to take part in the playoffs.

On the other hand, TTM won only one of their four promotional playoff matches.

According to the marketing manager of TTM, Mr Livhuwani Madzuhe, the management, together with the players and technical staff, had agreed that next season would be their turn to gain automatic promotion to the elite division. He stated that the team’s head coach, Mr Momcilo Medic, had given them his off-season programme before flying to his home country, Serbia, on Monday this week.

Madzuhe revealed that Mr Medic will be back on Friday, 28 June, to start with the preparations for the new season. According to him, the team will resume with their training on 8 July.

He further indicated that they will conduct trials for the new players in the first week of next month. The players who impress the coach during the trials will join the old team members the following week, Monday, 8 July. 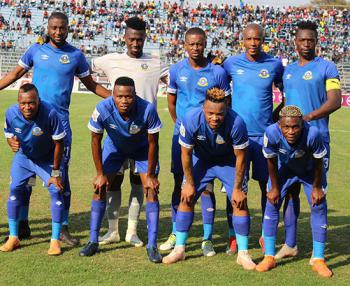