Another tricky hurdle for Morning Stars

The much-awaited Sasol Women’s League match between Shayandima Morning Stars and Botlokwa Ladies will be played at the Shayandima School grounds tomorrow afternoon.

The fact that both Morning Stars and Botlokwa are close contenders for the league championship is reason enough for the local soccer fans to expect a thriller. Morning Stars are currently leading the pack with 13 points accumulated from five outings. Botlokwa are in the fourth position.

The spirits are high in the two camps, following impressive results last weekend. Morning Stars are fresh from a 5-0 victory over Tshandama Young Stars, while Botlokwa beat Sisters FC at the Sefene School grounds in Botlokwa.

Whether the visitors from Botlokwa will be able to stop Stars’ goal poachers, Maureen Morudi, Phuluso Mothelo and Mmaleako Mojapelo, remains to be seen.

Chippas United Ladies will travel to Polokwane where they will fight for league points with Maindis Ladies at the Oscar Mphetha Stadium in Turfloop. Maindis beat Real Mighty Ladies 5-0 last weekend.

Sisters FC will enjoy the home-ground advantage in their match against Samba Girls at the Nwamitwa grounds outside Tzaneen.

Real Mighty Ladies will host Tshandama Young Stars at the Seshego Stadium in Polokwane, while the Polokwane derby between Moria Sweepers and University of Limpopo will be staged at the Moria grounds. 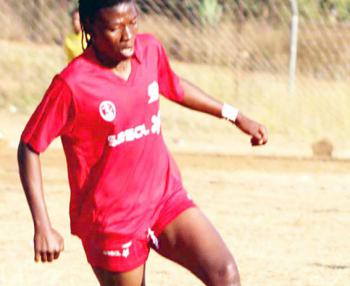