Speaker after speaker who shared the podium during an honouring ceremony for Mr Ronald Makhadi at the Jericho Hotel outside Thohoyandou a fornight ago, described the soccer legend as a selfless, God-fearing, dedicated sports administrator and influential character who was never hungry for power.

A close family friend, Dr LS Muremela, said Makhadi had contributed a lot, both as a player and team manager, towards the success of a local football club, Malavuwe Great Movers, since it was founded way back in 1974.  The former president of the South African Football Association, Mr Kirsten Nematandani, who worked with Mr Makhadi for many years before his election as Safa’s president, described Makhadi as a fearless person who put other people’s interests first.

He further revealed that Mr Makhadi had not looked back, despite numerous death threats at the time when they were trying to merge the defunct Far Northern Transvaal Football Association (FNTFA) with the Great North East Province (GNEP). He stated that the Thulamela Local Municipality became one of the best municipalities in the country when it came to sport facilities after Makhadi’s appointment as the manager for sports and recreation.

The president of the Limpopo Sports Federations, Mr Eric Muneri, who was a guest speaker at the ceremony, described Makhadi as a humble nation builder. Muneri expressed appreciation for the work done by the organizers of the event, saying they had done a good thing by recognizing Mr Makhadi’s work while he was still alive.

During the ceremony, Mr Makhadi, who was recently ordained as a pastor, was presented with numerous gifts, including a framed photo and cash. When responding, he said that whatever he was doing in the community was from the bottom of his heart, not knowing that he would be recognized one day. 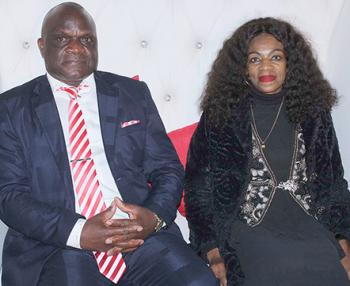