Tshakhuma Tsha Madzivhandila (TTM) are leaving no stone unturned in their preparations for their crucial GladAfrica Championship League match against JDR Stars, to be played at the Thohoyandou Stadium tomorrow afternoon.

TTM, or Vhadau Vha Damani as they are affectionately called, must collect the maximum points in the match for two good reasons. A win will firstly help the team restore their lost pride and TTM must also collect full points in order to keep their title hopes alive. The Tshakhuma side are still to win a league match after parting ways with their former head coach, Mr Momcilo Medic, last month.

Mr Erol Akbay, who took over from where Mr Medic left off, was on the team’s technical bench for the first time when TTM lost 0-2 to Steenberg United at the Athlone Stadium in Cape Town last Saturday.

Asked about the team’s level of readiness for the game, the team’s assistant coach, Mr Lucky Nelukau, said that his boys were ready to humiliate the Stars from Pretoria. He argued that they should have won their match against Steenberg United by a wide margin, were it not for the fact that his strikers seemed to have forgotten their scoring boots at home.

TTM will pin their hopes on Thembisani Nevhulamba, Phumelele Bhengu and Wonderboy Makhubu for goals, while their defenders, Lebohang Mabotja and Jean Munganga, are expected to keep their danger area clean from the onset to the end.

Cape Umoya United will host Royal Eagles at the Athlone Stadium this afternoon (Friday), starting at 15:30. Jomo Cosmos will test their strength against Swallows FC at the Vosloorus Stadium in Johannesburg. Steenberg United will fly to Nelspruit where they will play against Mbombela United at the Kanyamazane Stadium.

The other fixtures are: Real Kings vs Free State Stars, TS Sporting vs Ajax Cape Town, Uthongathi FC vs Richards Bay FC and TS Galaxy vs University of Pretoria FC. 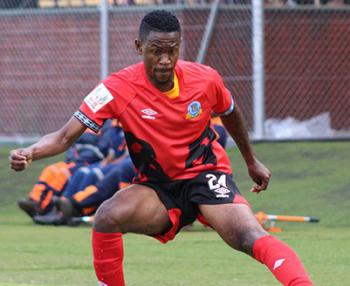