TTM hoping to fire on all cylinders against Sporting

After scoring six goals in their last two league matches, what remains to be seen is whether Tshakhuma Tsha Madzivhandila (TTM) will maintain their form and collect the maximum points at the expense of TS Sporting FC, with whom they will lock horns in their GladAfrica Championship League match at the Kabokweni Stadium outside Nelspruit tomorrow afternoon.

According to the assistant coach of TTM, Mr Lucky Nelukau, one of their two regular players, Lebohang Mabotja, who was omitted from last Saturday’s squad when they played against Royal Eagles, has recovered from his injuries and will be available for selection tomorrow. Nelukau said that Mabotja had joined the rest of the players at training on Monday morning.

He further revealed that the other player who also missed their game last weekend, for the same reason, Onyedikachi Ononogbu, was still nursing an injury he had sustained in their game against JDR Stars at the Thohoyandou Stadium two weeks ago. Should he be given a chance tomorrow, Mabotja is expected to form a good combination with the likes of Carlington Nyadombo, Tshepo Makgoka and Jean Munganga at the back.

The defenders of Sporting, Lawrence Dlamini and Freddy Skhosana, can expect a tough time against the TTM forwards, Thembisani Nevhulamba, Phumelele Bhengu and Wonderboy Makhubu.

Free State Stars will host Steenberg United at the Goble Park Stadium in Bethlehem, while Mbombela United will travel to Giyani where they will lock horns with Jomo Cosmos at the Giyani Stadium.

Ajax Cape Town will be visitors to Real Kings at the Sugar Ray Xulu Stadium in Durban. The title chasers, JDR Stars, will pay a visit to Swallows FC at the Dobsonville Stadium in Johannesburg. Richards Bay FC will host University of Pretoria at the Umhlatuze Sports Complex in Richards Bay. TS Galaxy will have a date with Royal Eagles at the Kameelrivier Stadium in Siyabuswa. 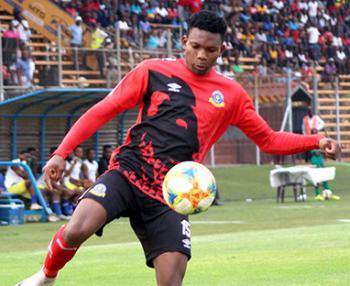