TRON and VFA in Vhembe derby

The much-awaited Vhembe derby in the ABC Motsepe League between Tshakhuma RO Nandilani (TRON) and Venda Football Academy (VFA) will be staged at the Tshisahulu Mmbengeni Kone grounds tomorrow afternoon.

The fact that both VFA and TRON are favourites to win the league championship is reason enough for the fans to expect a thriller. VFA are currently lying in the fourth position on the log with 12 points, three behind the pace setters, Magezi FC. Although TRON are perched in the 14th position on the log, they are only eight points behind Magezi, and they have a match in hand.

VFA are still in mourning after suffering a 0-1 defeat at the hands of Eleven Fast Tigers at the Makgoka Stadium outside Polokwane last Saturday. On the other hand, TRON are to appear before the league’s disciplinary enquiry, following allegations that they caused the abandonment of their league game against Ngwane City Motors at the Jane Furse Stadium last Friday.

The other Vhembe-based side, Mikhado FC, will host Makotopong Brazilians at the Rabali Stadium. Mikhado are still fresh from a 3-2 victory over Baraccah Valley FC. Ndengeza FC will host Magezi FC at the Giyani Stadium.

After crushing Polokwane United 5-0 last Saturday, Giyani Happy Boys will travel to Ollesdal F at the Turfloop Stadium outside Polokwane. Polokwane United will entertain Ngwabe City Motors at the Seshego Stadium. The other fixtures are: The Dolphins FC vs Eleven Fast Tigers, Baraccah Valley FC vs Mighty FC and Ditlou FC vs Ndengeza FC. 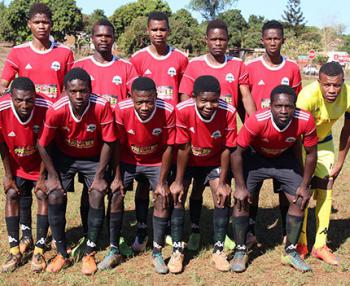