The secret behind the success of Giyani Happy Boys

Following the success of Giyani Happy Boys FC in their first eight ABC Motsepe League matches, many soccer fanatics have been asking themselves how a new club could achieve so much within such a short time of their existence.

Happy Boys bought their ABC League franchise from Pusela City FC at the beginning of this season. To the surprise of many, the Giyani side are closely contesting for the league title. They are currently lying in the second position on the log with 15 points accumulated from eight matches. They won five and lost three. Happy Boys are tied on 15 points with the pace setters, Magezi FC.

A quick glance at the structure of the club shows that the team manager, Mr Eric Mabaso, is the secret behind the team’s success. Although Mabaso is a soft-spoken person, his record in football speaks volumes. After hanging up his soccer boots way back in 1991, Mabaso was appointed the head coach of Davhana Shooting Stars the following year. He migrated to Tshimbupfe Fighting Cats in 1993, where he stayed for three soccer seasons.

He also worked as an assistant coach to Mr Jacob Sakhala at Dynamos FC. At that stage, Dynamos were campaigning in the Vodacom Promotional League.

Some of the ABC Motsepe League teams that he guided to success between 2002 and 2009 include Diarora FC, Vhembe FC, Rospa United, Barberton City Stars and Winners Park. He worked as an academy manager for the Meridian Football Academy in 2001.

Mabaso served as an assistant coach for the SAFA Vhembe U/17 team for a number of years. Although he is a team manager for Giyani Happy Boys, Mabaso goes out of his way to assist the coaching staff when the need arises. He is equipped with a SAFA Level-one coaching certificate and a sports management certificate from the University of Venda. 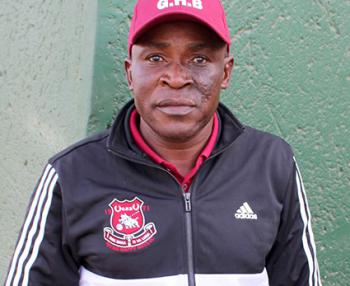