“We could have scored six goals” - coach Luc

Although Black Leopards had managed to collect the maximum points in their Absa Premiership League match against Cape Town City at the Thohoyandou Stadium last Sunday, the team’s head coach, Mr Luc Eymael, feels that they could have done better than a 2-1 victory.

During an interview with Limpopo Mirror after the game, the Belgian mentor said that he was consoling himself with the fact that they had won the match, although much still had to be done. He further indicated that they could have scored at least three goals in the first half. According to him, the team’s killer striker, Mwape Musonda, could have scored two goals in the first 20 minutes of the game. He was not blaming the player for not converting the clear chances he had, saying it was just not his day.

Eymael said that he would have enough time to work on the strikers’ target shooting during the 16-day break before their next league match against Chippa United at the Nelson Mandela Bay Stadium in Port Elizabeth on Wednesday, 27 November. He reiterated that they would play a number of friendly matches during the break as part of their preparations for their match against Chippa United.

When cornered to comment after the game, the caretaker coach of Cape Town City, Mr Manousakis Vasili, was spitting fire. He argued that they could have played to a 2-2 draw with Leopards if it were not for the referee, who had denied them what he described as a clear penalty. Mr Vasili was not the only person who was unhappy with the match officials’ decisions as the players also found it a bitter pill to swallow.

The team’s captain, Kermit Erasmus, was spotted bombarding the referee, Mr Khulekani Thusi, with vulgar words shortly after the game. Mr Vasili reluctantly echoed the fact that his boys were not lucky enough on the day, saying that they too had had their chances that they had thrown away.

Robert Ngambi and Lesedi Kapinga scored for Lidoda duvha while the only goal for City came via Bradley Ralani. Leopards are now lying in the 11th position on the log after the victory. 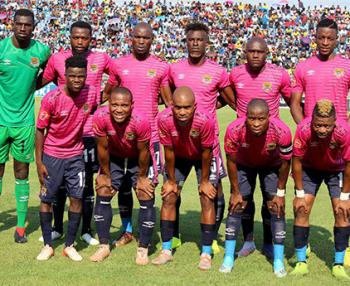