VFA and Mikhado in Vhembe derby

Tshifudi Stadium will be the place to be tomorrow afternoon. This is where the much-awaited ABC Motsepe League match between Venda Football Academy (VFA) and Mikhado FC will take place.

The fact that both Mikhado and VFA are hot contenders for the league title is reason enough for football fanatics to expect a thriller. Mikhado enhanced their promotional chances by beating Ngwaabe City Motors 3-1 at the Rabali Stadium last Saturday. The team from the Nzhelele Valley is now perched in the sixth position on the log with 15 points, following their impressive result against City Motors. Mikhado are only six points behind the pace setters, Magezi FC.

On the other hand, anything less than victory will do VFA more harm than good. VFA are currently lying in the second spot on the log.

The combination of the Mikhado strikers, Rendani “Sailor” Thavhana and Aluwani “Killer” Nedzamba, has the potential to keep the VFA defenders running for cover from the onset to the end. Mikhado must keep an eye on the VFA’s goal poachers, Unarine Kudzingana, Rudzani Thabo and Henley Mbedzi, or else they will concede an avalanche of goals.

The pace setters, Magezi FC, will travel to Ditlou FC at the Groblersdal grounds. Giyani Happy Boys will lock horns with Barracah Valley at the Giyani Stadium. Eleven Fast Tigers will host Mighty FC at the Turfloop Stadium. The other fixtures are: The Dolphins FC vs Ollesdal FC and Polokwane United vs Polokwane City Academy. 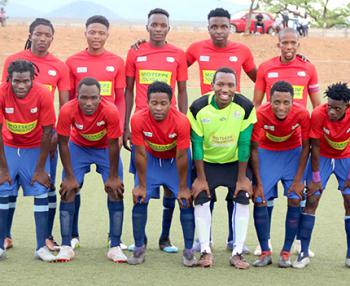