TTM and Uthongathi in Nedbank clash

Tshakhuma Tsha Madzivhandila (TTM) and Uthongathi FC played to a 1-1 draw in their GladAfrica Championship League match at the Princess Magogo Stadium last Wednesday (20th). They will meet again in their Nedbank Cup qualifying-round match at the Thohoyandou Stadium on Sunday afternoon. This time around, a winner must be decided.

TTM’s caretaker coach, Mr Lucky “Mchichwa” Nelukau, said that he felt sorry for Uthongathi, because they were going to use them as a steppingstone to the last-32 stage of the prestigious competition.

He revealed that they planned to improve on what they had achieved last season. TTM were booted out of the competition by the Absa Premiership side, Chippa United, in the last-16 stage. Mr Nelukau said that their aim was to go as far as the semi-final stage of the competition this year.

In the other Nedbank Cup match that will also be played on Sunday, TS Galaxy will host Cape Umoya United at the Kameelrivier Stadium in Siyabuswa.

Jomo Cosmos, who are still in mourning after losing 1-5 to JDR Stars last Saturday, will host University of Pretoria at the Olën Park Stadium. Free State Stars will try their luck against TS Sporting at the Goble Park Stadium in Bethlehem. Mbombela United will battle it out against JDR Stars at the Kanyamazane Stadium in Nelspruit.

The other match that is expected to attract a huge number of spectators will be between Richards Bay FC and Ajax Cape Town at the Umhlatuze Sports Complex in Richards Bay. Two matches will be played this afternoon (Friday). Today’s fixtures are: Swallows FC vs Royal Eagles and Real Kings vs Steenberg United. 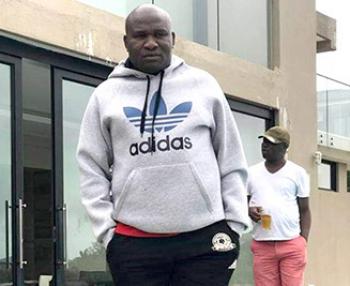