The football club had recently recruited Tshidino for the post and he accepted the offer. He was appointed with effect from 12 December.

“I accepted the offer when the president of TTM, Mr Masala Mulaudzi, broke the news that the management had taken a decision to hire me to head the club’s branding, communication and marketing department which became vacant when Mr Livhuwani Madzuhe joined JDR Stars,” said Tshidino. He has already met with the coach, Mr Henric Vladislav, and the players. He stated that making TTM one of the highly supported National First Division (NFD) clubs in the country was among the highlights of his plans.

“I want to relaunch all our supporter branches in Limpopo and Gauteng,” he said. “The club will also unveil its website very soon.”

Mulaudzi lauded Tshidino for his great communication and marketing skills that will help the team. He pointed out that being a brand ambassador was a challenging role that required discipline and commitment and added that Tshidino had all those attributes. 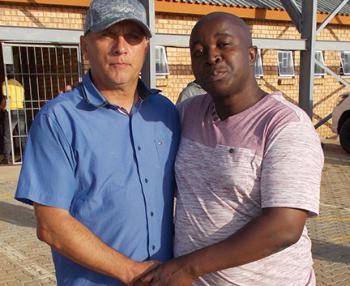